Which of the characters would date you?

A forum for general discussion of the game: Open to all punters
Post Reply
111 posts

Which of the characters would date you?

I had this thought as I read through the 'which of the girls would you date' thread (and similar threads). Credit to metalangel for saying I should make its own thread.

In any case, as the question states, which of the characters (thinking broadly) do you think would try to date you assuming you didn't pursue them first. What would their first impression be of you, and would they push beyond that first impression?

I'll retread my own comments on the matter here:


I think my crude sarcasm and flippant mocking would infuriate Lilly. Where she's the epitome of tact, I'm the exact opposite. She's also on her way to becoming a raving alcoholic, and I don't drink. Then again opposites attract, and I'm really more of a smart-ass than a crude brute, so you never know.

Emi would try to get me to go outside, work out, or some other such nonsense, and I'd have none of that. I'm also fairly resilient when it comes to pouting - maintaining my objectivity even under the gaze of a DefCon 1 puppy-face is an acquired skill. If she went thermonuclear on me, I might crack, though. I think that would be an automatic friend-zone, though.

I'm not sure if Rin would have the attention span to try and crack through my outer defenses to get to know me. I can be pretty harsh at first meetings, and she might decide it's not worth the effort before it ever got anywhere. I'd have to catch on pretty quick and decide to reciprocate the interest if it were given.

Shizune would certainly have the persistence to dig through that outer defense, and she'd find a willing adversary once the communication wall came down. I think she'd probably have the best chance to do so out of any of the girls - largely because she'd never be able to hear my groaning protests. I'm also a sucker for glasses, which would probably reduce the amount of digging she had to do.

I don't think Hanako would have much chance of approaching anyone considering the state she's in at the beginning of the game. However, as the story arcs, she becomes less awkward and might decide to introduce herself to the calm, quiet guy. I'd also be much less likely to try pushing her away seeing a kindred spirit of sorts.

I imagine I'd develop a sore welt on my shoulder after being punched in the arm daily by Miki. I doubt she'd pursue me romantically, but she'd probably try and figure out what 'makes me tick'. I'm mysterious like that, at times. Usually without my knowing.

Hah, nobody because I am a fat old loser and can't get a date "for fucking years, absolutely years"

Lily: I do enjoy wine, and I know how to behave properly with a refined lady, however word of my usual sense of humor would get out, and she'd likely not like that...

Rin: I don't have an interest in art, and she would probably be able to know when I was faking/playing along with her awkwardness, and would think I was being condescending.

Emi: Personality seems to match up with mine the best, however due to me having less than 0 interest in working out, it might pose a problem.

Shizune: If we were to become friends, she would probably think I was too easy to manipulate and thus uninteresting...

Hanako: Well I like chess, but I am not a big reader... I know how not to push on people who are uncomfortable in social situations... I'd like to think she would, but I can't claim a lack of bias...
Top 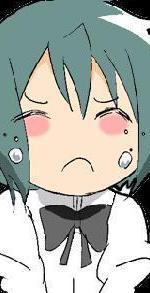 My sick sense of humour wouldn't do me any favors, But let's say I didn't have that element.

Akira - I could easily keep up with her drinking, I'm always up for karaoke, I think there would be the possibility she would take a shine to me

Shizune - I would get on her nerves I have a reputation for being 2 steps ahead and not conceding in conflict or arguments If i truly believe I am right, she would get frustrated by that

I've never had a problem getting girls to date me, so I could probably romance any of them. My problem has always been hanging on to them once we've been dating for awhile.

In order of best to worst chance of a lasting relationship:

I'd have the best chance with Hanako, as we have a lot in common.

I think I would do well with Lilly as well, as long as we didn't get bored with each other.

Ironically I think Rin and I could do ok, as we would be content to do our own individual things and just enjoy each other's company when convenient.

I am not a sports enthusiast at all, so Emi would probably eventually dump me for someone more into her world.

Shizune and I would be like candles lit at both ends and the middle. It would be a constant cycle of fighting and making up, until we ehausted oursleves and called it quits to save our sanity. We would burn each other out on pure passion, both good and bad.
Hanako>Shizune>Lilly>Emi>Rin {100% complete}

Helbereth wrote: which of the characters (thinking broadly) do you think would try to date you

it's kind of hard to tell, but I guess it would be Misha.
We have really similar personalities, and we also have some things in common. It just seems that she would love to spend time with me, I dunno...

i would have said Rin, but she would probably get a bad first impression of me and I really doubt she has the patience to getting to know me better.

Probably Hanako or Lilly. As for Hanako, I'm quite shy in person and can stand extended periods of silence without feeling bored. I think I'd get along with Lilly quite well as I can also hold a decent conversation as well as appreciate the advice she might offer me. The real question for me is, would a Japanese girl date an African American? lol

Probably only Hanako or Misha, but I'd have to carry the relationship if it was Hanako and I'm unable to do that, so Misha it is!
Emibro, [Hanabro], [Lilly Lover], Rin Kin, Feminist, [Two-timer]
Top

Hanako ,we have a LOT of things in common.
Top

This is a good thread.

My luck with women (and a few guys, I guess, screw it) hasn't been exactly BAD, but extremely unpredictable. No one person I've ever shacked up with has been like any of the others, be it physically or mentally, and they have a tendency to break it off in really sudden, awkward ways... then there's a 50/50 chance we'll either never talk to each other again OR forge the coolest friendship ever (with optional benefits in a couple circumstances, go figure). So it's really tough to call it.

I honestly don't know what chicks like about me, either. I'm pretty weird-looking, I never shut the hell up, I drink too much, and spend more time with my record collection than I do with my lady friends most of the time, hahah. But whatever I'm doing, it's working, so whatever.

THAT SAID, even though I'm a (questionably) straight man, I somehow pull lesbians like no one's business, so I think I'd get the biggest shot of somehow winding up with Misha, hahah.
... Danger.
Top

I've got more in common with Hanako than the others, I think. So we'd probably end up just sitting in the library occasionally glancing at each other, neither of us making the first move.

That would be Misha.

It is never said explicitly one way or the other about Miki, but most people assume she is straight, especially due to her stating that she prefers to hang around with guys.
Hanako>Shizune>Lilly>Emi>Rin {100% complete}

That would be Misha.

It is never said explicitly one way or the other about Miki, but most people assume she is straight, especially due to her stating that she prefers to hang around with guys.

Actually that sentence made me think if she is lesbian or not.
Top

If I were on Hisao's shoes I would, most likely, end up hanging out with Kenji for the rest of the year, without any fatal or weird consequences.

Shizune: I don't like following orders, I won't tolerate being pestered by her and Misha, no matter how cute they are. I never really like participating in school events. I'm too lazy for her competitive streak.
Lilly: Let's admit it, Lilly is easy, at least at first and this polite blonde lover comes with a price. While she doesn't judge you by your appearance for obvious reasons, I would seriously hate her for leaving me and Hanako alone. No way I'm going to risk my life to chase her.
Hanako: I would probably try to introduce her to videogames (specially to hardcore PC games), while I pick interest in chess and books.
Rin: I think she will like that I'm an oddball like her. I can imagine an endless philosophical discussion about clouds and butterflies.
Emi: No way, she could be a good friend, but dating that bubbly girl no way, I'm too nerdish, aloof and negative for her.
Top
Post Reply
111 posts