Who Told You About KS?

ravenlord wrote: I would not mind if KS became the next Touhou

Edit: I would love to see a remake of "Marisa stole the precious thing" with Lilly as Marisa, Hanako as Alice, and her dolls as Shanghai and Hourai

Damn, all this Touhou talk makes me wanna arrange a few character themes from KS into ZUN composition styles using this Touhou soundfont I got.
http://soundcloud.com/benjamin-a-snow/p ... f-complete
^My hip-hop flip sample of Painful History

Now this I find adorable.

then on to the chorus~
Kowaii~kowaii~ rabu~ (this is on purpose. It's supposed to go 'kiraii <hate> kiraii rabu', but 'kowaii <scary> fits more in Hanako's sense)
*ah ahan ah ahan ah*

Now imagine Hanako doing that (or singing that). I think that adorable level just spiked from 'cute' to 'lethal'

Spry wrote:I saw it in the top 100 torrents in Pirate bay.

On a spanish forum. First, on the manga/anime section talking about a VN developed by some users from 4chan. When the final version was released, a bunch of users highly recommended it on the videogames section.
Top

A Let's player that I watch started a Let's Play of it and I watched it because I was curious (I don't really play VNs) and after just Part 1 I was hooked on the story and imeediately downloaded it and played it for several hours before being able to put it down.
Fave Girls: Lilly >Emi > Hanako > Shizune > Rin
Fave Misc. Characters: Akira>Miki>Yuuko>Misha>Nurse>Kenji>Nomiya>Hideaki>Jigoro
Fave Paths: Lilly > Emi > Hanako > Rin > Shizune
Top


Enemy | wrote:The internet.
(...)
Then completely forgot about it until some months afterwards my internet died, I had nothing to do, so I started it.

This is the exact same situation I was in. A friend over the internet mentioned it to me. I can say that I'm not much for VNs, because most of those I read were severely disappointing. But he kept ranting about something called "Katawa Shoujo". He mentioned it was made by 4chan goers and it was an amazing experience, but knowing him, I expected it to be some work of perversion with a lot of fap and very little plot. Oh how wrong was I. A few days after he had mentioned it, for some reason, the name just popped up into my mind. I went ahead and downloaded the game, but had to go out and forgot about it until a few weeks later.

There were freak thunderstorms all over the place. There was no way my internet could ever handle that. To top it all off, there was some malfunction or something with my ISP company and they gave an estimate of 3 days until they can provide their service again. Terraria and Minecraft are sort of like my backup games, they are the things I play when my internet is going to be down for a prolonged amount of time. At that particular point, I felt like Terraria, so I opened the folder. But for some amazing coincidence, my Katawa Shoujo folder was saved inside. Something I had completely forgotten about. So I thought that maybe catching a glimpse of what this whole thing was about could be a convenient way to pass the time.

Safe to say, for the next week, I completely forgot what a "real life" was. It was as if the planets had aligned to have me experience this in the most perfect way possible. It was raining constantly, the sun barely peeked through the dense cloud bank. It thundered now and again and going out to catch some air with friends was out of the question. Plus, I'm not the most social person, so that didn't disappoint me much. I had no internet and even if the malfunction was fixed, there was no way in hell technicians were going to come in this weather to fix whatever was wrong with my cable. Everything was perfect, nothing else to do, but kick back with a hot cup of coffee and enjoy the array of feels this wonderful masterpiece provided me with.

I'd give anything to relive that.

Megumeru wrote:when I think about it now...

...
...
so, is it wrong of me if I'm crossing my fingers right now hoping some hot-shot animation studio from Japan (say KyoAni) caught wind of this and decides to animate it? It just might happen you know...

No its not wrong but considering Key failed to negotiate an anime adaptation of Little Busters for about a year stands that the chances are about none. Now it is done by JC Staff which I hope is good
Top 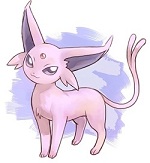 The story is as follows:
I am a huge fan of the game TF2, more hours then you can count invested in it, too much money spent in it. The whole addiction thing is spot on. Anyways, there is a website where players can raffle off their in game items (such as hats, misc items, tools, and weapons) to a random winner for free, no fees, no nothing. So obviously for the best results you better enter every raffle no matter what the raffle is for. Well the person creating the raffle can give it a name and description, and people use this for everything from jokes, to extended rules about their raffle. But today my luck would have it that I click on a Raffle titled "So KS has been out for 4 months now" and the description was an in depth explanation of each character and ended with an invitation to discuss your favorite girl in the comments. My luck would have it that I was bored and the writing the guy did intrigued me so I downloaded and gave it a test run.

TLDR: Found out about it on an unrelated website about giving away free items in another video game.
Emi Couch to 5k : W4D1 Completed
Top

Found out about it searching for free H-Games that work on Ubuntu.
Not my proudest moment, but totally worth it.
Became a better person because of KS. But I was pretty awesome to begin with.
Contender to be the Last Sane Man in an Insane World.
Likes Dogs.
Top
Post Reply
70 posts