When Do You Think Lilly Finds Out?

A forum for general discussion of the game: Open to all punters
Post Reply
29 posts

When Do You Think Lilly Finds Out?

*WARNING!!! THE FOLLOWING CONTENT HAS MAJOR SPOILERS ON HANAKO, AND EMI'S PATH!!! IF YOU FEEL AS THOUGH YOU DO NOT WANT TO BE SPOILERED, DO NOT READ ON!!! I HAVE NOT SPOILERED TEXT!!! WARNING!!!*

I mean, about the relationship between Hisao & Hanako in Hanako's Path. I would put that all but it would not fit in the title. Anyway, I think if any of you guys were to have not played it Hanako's path recently (with the good ending), you would say after Lilly's comes back from her trip to Scotland, but I can think of three tid-bits of evidence early on, they may not be full on evidence but may or be very close to be. And when I say evidence I mean either actual things that Lilly does / says, or times when Lilly could easily find out; anyway here is the list:

1.) During the festival at the teahouse Hanako thanks Hisao for hanging out with her. Now, Lilly has had times showing how well her hearing is, or at least I think, and even if she is blind, everyone knows the blind tend to have good hearing. I don't know if Hanako exactly says 'hanging out' but she defiantly says something similar as to the third time in the library or the second time being with Hanako in the library. Thanking someone for hanging out with you could hint at a relationship is basically what I am saying.
2.) Lilly asks Hisao if he sees Hanako as a friend, and also asks why after he says he guesses. This could show that she may think he may be thinking or even trying to get into a relationship with Hanako.
3.) The first time Hisao is with Lilly and Hanako in Lilly's room having tea Hisao and Hanako both get up to leave at about the same time, and Hisao turns to Hanako and asks 'Are you coming with me?' as if asking if you-know-what is about to happen in a different way. Of course it is a joke, but this obviously shows Hisao is thinking about it. It would be dumb of Lilly not to pick this up if she wasn't to have picked anything up already.

Plus it almost certain that Hanako talks to Lilly about everything, so she may have talked to Lilly about her and you at any time if she was not thinking of you as a friend, which I think early on she doesn't know if you are a friend or something else. What do you guys think? I would make a poll, but I think several times could be named when Lilly could notice something, not only the times that I named. I may introduce a topic like this with Emi finding out about Rin and Hisao, but I want to get some more information by playing Emi's path, because I haven't played it yet. I would also do the reverse in this same thread, though we already know Hanako finds out about Hisao & Lilly in Lilly's path. The same goes for Emi's path, Rin walks in and sees both Hisao & Emi barely clothed in Emi's path, so of course she would find out.
I don't know what to put here, yet. I may put something here.
Top

I figured Lilly was kinda giving hints to Hisao that Hanako liked him, and the same to Hanako. So I guess she did know they both had feelings for each other, but she still doesn't know they got together afterwards. Probably would receive a call while she was on Scotland from Hisao "oh yeah, handled Hanako's birthday thing pretty well. We slept together"
Top

I think it is in Act 2, scene "rise and shine". Lilly asks Hasio about his relationship with Hanako. The answer is good enough that she then invites him to evening tea with herself and Hanako. At that point she has just confirmed to herself that there is a spark there, and she decides to add a little fuel to it

Lilly knows everything at all times because don't pretend you don't already know.
Top

She knew when you were standing in her doorway drooling at the 2 beautiful girls before you. That's my story and I'm sticking with it.

Brogurt wrote:Lilly knows everything at all times because don't pretend you don't already know.

That makes her sound like a nosy ass for some strange, strange reason...

"I had pizza for lunch."

"I see what you did there, Hisao."

"For losing your v-card. Congratulations to you and Hanako."

Lilly heard Hisao raping Hanako from half the world away

she's a superhero in disguise after all
Top

Lilly is like Madam Web from the Spider-Man comics. She can see the future despite being blind. However, this also basically ruin Katawa Shoujo seeing that they were trying to avoid the disabled super power troope.

In all seriousiness, Lilly had to know that Hanako and Hisao would date.
http://soundcloud.com/benjamin-a-snow/p ... f-complete
^My hip-hop flip sample of Painful History

The very fact that Hisao was able to join them in the tea room without Hanako flipping out and running away was probably enough for Lilly to know that there was at least some potential there. There's another good bit you missed. At one point Lilly is suprised to hear what's wrong with Hisao. She starts to mention how Hanako described him and catches herself. She think about it for a split second and says Hanako said he looked healthy. I always read that as she was about to say that Hanako said he looked cute.
Top

This thread sounds more and more like you manipulated us

Snow_Storm wrote:Lilly is like Madam Web from the Spider-Man comics. She can see the future despite being blind. However, this also basically ruin Katawa Shoujo seeing that they were trying to avoid the disabled super power troope.

In all seriousiness, Lilly had to know that Hanako and Hisao would date.

I personally didn't like the 90's run of Katawa Shoujo, when they made all the girls super buff, renamed them, and added profanity. 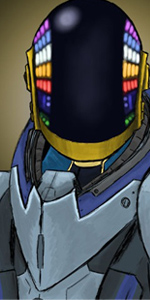 I actually haven't thought about this before, huh.
Anyway I just assumed she got the hints when you were so worried about Hanako when you call Lilly, etc, that she picked up you and Hanako had a thing going.
9:23 PM - Shempo: Murder by penile stabbings
9:24 PM - Novangel: hmm
9:24 PM - Novangel: would it be murder if the victim enjoys it?
Top

random wrote:Lilly heard Hisao raping Hanako from half the world away

she's a superhero in disguise after all

I don't think Hisao raped Hanako.
I mean he put his penis in Hanako when...
Damn Hisao did rape her.
Lilly>Emi=Hanako=Rin>Kenji>Shizune>Misha
Top

lightavers wrote:I don't think Hisao raped Hanako.
I mean he put his penis in Hanako when...
Damn Hisao did rape her. lol preparing for another argument

its interesting to see how people read and interpret the situation