Curious little experience I had today.

A forum for general discussion of the game: Open to all punters
Post Reply
53 posts

Curious little experience I had today.

As the title states, I did indeed have the most curious experience today. While boarding the train home from Uni, I happened to sit across the aisle from a deaf girl and her brother (their Mother was seated in the seat immediately in front of me). I don't know their ages for sure, but I would guess the boy to be about fourteen and the girl around sixteen or seventeen. The three of them were involved in a school named the "Victorian College for the Deaf", or something like that at least; the girl and her brother as students, their mother a teacher.

I was fascinated in watching the three of them communicate in sign. I tried as best I could to garner some figment of their conversation by assumptions and lip reading; both were endeavours that failed horribly. It soon came time to depart, and the train took off; but only a short while out of the station, an announcement was made that there was a problem at the next station and thus we would have to go back and the service be cancelled. The other passengers were certainly disgruntled at the interruption, but deaf family were, naturally, unaware, and very confused as the train started reversing.

I took the initiative to use my open laptop to type out a message to the family about what was happening and show it to them. As the girl read the message, I realised she was rather pretty. Her thankful smile, having been caught up to the goings-on, was even prettier. Once we had pulled back into our station of origin, passengers began standing and what not to depart the train. However, another announcement was made stating that whilst a bus had been organised for any commuters who wished to take it, they driver would attempt to take a different route to bypass whatever the disturbance was.

Again, having not heard the message, the family continued to pack up and prepare to leave the train. I hastily typed out the updated communiqué and caught the attention of the girl, passing her the message. Once again I was priveledged enough to view that pretty smile, and she signed something to me before informing her family and sitting back down. I knew no sign language, but I presumed it was 'thank you'.

The rest of the train ride was relatively uneventful, once we got going. I sat watching the three have animated discussions in silence and, effectively, in private. When the train got to my station, I was surprised to find the family getting off the train with me. What a peculiar coincidence that they should happen to live in my town somewhere. No message of parting was exchanged between us, but I was left feeling incredibly frustrated at my lack of ability to talk to her. Some memory twinkled in the back of my mind; one of a GameFAQs poster whom served a deaf lady at his shop, only to be astounded by her perserverence and patience with the situation. I decided I would have to do something to avoid that necessity.

So now we get to the present time; 12:46am for anyone not also in my time zone. I've been studying for a number of hours, and I have the signs for entire English alphabet, as well as the signs for "hello", "how are you?" and "thank you" memorised. It's crude and incredibly time consuming, but it at least gives me at least a tiny amount of ability to communicate with the girl, should I ever run into her again (or any other deaf person, should that occur). Actual sign language classes are much too expensive for me to afford athe present, so for now any further learning will be entirely internet based.

So yeah. Thought you guys might like to read about that. If odds are in my favour, I could very well end up the Hisao to her Shizune. If not... well, I'll have gotten sign language out of it. Always handy to know. Besides, there's still the matter of my friend at Uni, the tall red head. Gee, all this Katawa Shoujo (and accompanying fanfics) are really making connections with my real life. I wonder who I'll meet next..? Better leave it there, before this turns into anything as long as Lilly's route.
Cheers, BlackWaltz.

By the way, mods, I wasn't sure where to post this. If there's a more appropriate place, could someone please move it? Thanks in advance.
Last edited by BlackWaltzTheThird on Wed Apr 18, 2012 9:31 pm, edited 1 time in total.
BlackWaltz's One-stop Oneshot Shop - my fanfiction portal topic. Contains links to all my previous works, plus starting now any new ones I may produce (or reproduce)! Please, check it out!

I see no problem with posting this here.

Interesting experience you've shared there. Thanks.

A very interesting story, thanks for sharing

Just make sure you never sleep with her best friend. I know from experience that that kind of situation can end up poorly.
Katawa Shoujo OST Transcriptions and Arrangements: Consolidated list Everywhere we turn, we hear of celebrity scandals, corner-cutting politics, corrupted police enforcement, and the general public as thoughtless and selfish. But you, you saw a chance to help another for no reason other than to help. I tend to be cynical towards human motivation and humanity in general but I'm glad to know that there are people out there willing to perform such a simple gesture to help others. You sir, are a nice person and have my respect.
Top

What a nice thing to do - good on you, BlackWaltz. I hope you run into her again.

.
There's a nice probability of meeting her again if she's living in your town.Try visiting places you usually don't go to.
Also, good luck with your sign language

Cute story. It put a smile on my face.

maybe you could get her e-mail or FB page next time, or perhaps give her yours. ^.^
Top

That was very nice of you. I hope you see her again

Curious indeed. There are very few people who do this kind of act I do hope you get to know them. That was a good read, and now I envy you slightly. Thanks

Google reveals that "thank you" in Auslan is the same as it is in ASL: palm of your dominant hand towards you, touch chin with fingers and move hand away (hand held flat, movement not unlike blowing a kiss). Is that what she did for you, BlackWaltz?

I am learning ASL (waiting acceptance to college to learn properly but that's another story) and if you want to learn, I humbly suggest you start with the alphabet and numbers. These are things you can do alone, and it also means that you can communicate in sign, albeit by having to fingerspell everything out. It also means you will have practice in being able to understand people and place names when they're fingerspelled to you later if you continue to learn.

auslan.org.au has a dictionary as well as fingerspelling practice so you can put those idle moments at your PC to good use. (I use similar ASL tools at work to keep me occupied)

You're a good man, Waltz. Don't let anybody ever tell you any different.
Not Dead Yet
Top 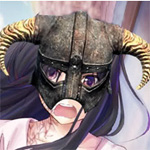 A nice experience, but i don't think its a great idea to start a conversation with her on sign language, aye, you can ask her "how are you" with sign language, but what will you do when she answer with a series of signs of her own?
Don't just eat that hamburger, eat the HELL out of it!
Top

Tomate wrote:A nice experience, but i don't think its a great idea to start a conversation with her on sign language, aye, you can ask her "how are you" with sign language, but what will you do when she answer with a series of signs of her own?

Or just punch that into your phone and show her so she understands.

EDIT: "hearing" also a useful one.