KS-community in say... One year?

A forum for general discussion of the game: Open to all punters
Post Reply
19 posts 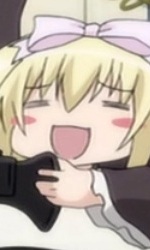 Guestimate wrote:*shrug* As long as the good authors don't leave, I'll stick around for the fanfic.

This, actually. Discussions are nice and all, but I do love me a good story.
Head Editor at Stewart-Class 7 Studios, an OELVN studio similar to 4LS. Please check out our blog and website and our forums.
Top

Some are pretty good. I'm diggin the original character ones like "Blind leading the Blind". Or even the April Fools character based fics of Rika and Saki.


a year tho.. who knows, probably less people, but meh. It'd actually be a good time to replay the game tho, so...
Top 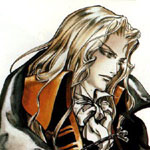 I'll still be here, and that's all that matters LOL/
"I was warned that he was not only invincible, but strong enough to probably destory the building with a punch, or at least knock over the painting hanging in the hallway." Hideaki

I'll probably just come by to lurk and occasionally post.....so not much difference now for me.

But It's nice to think that some of the people who are here now will still be in connection later down the road.
Top
Post Reply
19 posts