I think there is a misconception that people who play VNs are lonely "permavirgins" who do so to emulate an experience they have never had in real life. I'd like to get as many results from the KS community as I can to see if this internet stereotype holds any weight. Feel free to share your thoughts. I'm currently in a relationship right now.

Being a nice yet shy guy does really get you friendzoned a lot.. sigh. And all those times i hear "I'm surprised you never had a girlfriend!" and i'm just like >_______>

Side note: My friends that also play KS don't come to the forums but three of them are currently in long-term relationships alrdy. Just speaking out for them
Last edited by GaseousMask on Thu Feb 23, 2012 3:52 pm, edited 1 time in total.
Top

Well, I've been in some relationships in my past, but that's how the future looks like.
Last edited by dunkelfalke on Thu Feb 23, 2012 4:04 pm, edited 1 time in total.
The labyrinth of memories that is killing me
Top I've never been in one, and it's nobody's fault but my own. I'm attempting to change my ways, and will hopefully have a nice fresh start as a college freshman next fall. This game has inspired me to stop wasting my life by being withdrawn, shy, and bitter.
Top

I was in a... painful, though long relationship. After 6-7 years, it didn't end very well.
By the end, I had become so emotionally detached due in part to how show treated me, that I had to end it for good.
Things had been... escalating quite rapidly, with her being endlessly verbally abusive (and occasionally physically abusive) and me slowly becoming more and more physically abusive because of it (And believe me, I tried... but sometimes I would just snap).
I went on a small holiday with my parents, only to realise how good it felt to be away from her. I had been trying to push myself to end it out of fear of what I was becoming...
So thanks to the holiday, I realised the relationship could not be repaired, and in fact, needed to end.
I'm most certainly not proud of who I became thanks to that relationship...

I need a girl who can understand me, not attach herself to me and treat me bad. I'm just... not sure if relationships will ever work for me...

But I'm really thankful to the Katawa devs for creating something so powerful that it could break who I became... make me realise in full how horrible a person I had become.

Maybe I shouldn't be talking about this stuff. But... it feels really good to be able to lift even more weight from myself.
Top

Forever a scone
When the war, has been won
And our march home begins
What awaits has not yet been revealed
What was won? what was lost?
Will our deeds be remembered?
Are they written on stone or in sand?

Have been in a couple relationships a few years ago, one of them was pretty serious and longterm. But due to things that happened in my life, i haven't been able to commit to a girl in almost 4 years now. But since I played KS, that's starting to change. (i'm 22 now)
Emi's Couch to 5k
Completed!
6k personal record: 29m07
5k personal record: 27m48
1 mile personal record: 6m59

I'm married and we have a daughter. That should be enough to dispel the permavirgin idea.
Kind Regards, B.
Feeling like your heart is broken? Need to get it off your chest? Tell your story here.
Take a look at Eruta my jRPG under development. New web site since december 2012.
Play Ature, my free and open source indie Atari 2600 action adventure game.
All great love is above pity: for it wants - to create what is loved! -- F. Nietzsche - Thus Spoke Zarathustra.
Top

I have never been in one, i have tried but it mostly blows up in my face and things go bad after that. Over the years it has made me reluctant about relationships in general i think.

I had a girl i liked in High School for example. We went on a few dates and such and it was pretty nice but then i found out that she was only getting with me so she could get with one of my best friends. My friend she wanted to get with told her to get lost, and he told me what was going on. Luckily my friend was a good friend, but i think that messed me up relationship wise pretty badly, i got over it though, but still.

Then there were other times where i had crush's again but would date a few times and something else would happen. The girl would stop showing up to college classes, or one time got back with her ex boyfriends while trying to start a relationship with me,and got pregnant....actually that last one happened while playing Rin's path on KS, kind of brought me down pretty hard.

but oh well life goes on. Not worrying about that stuff much right now

Oh man, I remember those days... I went through a period from around 18 to about 24 where I was with more girls than at any point before or since. Somehow all the girls I had known all through HS and had just been friends with all came out of relationships in that period and ahh... "needed comfort". Since I was the nice guy they knew, they came to me. Good times... No long term relationships, of course, but lots of nookie. Eventually I met my future wife totally randomly (she was working at a store I shopped at and one of her co-workers was dating a guy I worked with. She mentioned that she thought I was cute, co-worker told boyfriend, boyfriend told me, a date was set up, the rest is history.) and I settled down with her. Glad I did too. All my previous friends also ended up with other guys and settled down. If I hadn't met my wife I would have been lonely indeed. So I can't complain.

Enjoy it while you can, take care of yourself and ALWAYS use protection my friend. And always be on the lookout for the One. You never know where you'll meet her.
Hisao: You want to know who I am? I'm the boy with the broken heart.
Top

GaseousMask wrote:Being a nice yet shy guy does really get you friendzoned a lot.. sigh. And all those times i hear "I'm surprised you never had a girlfriend!" and i'm just like >_______>

Side note: My friends that also play KS don't come to the forums but three of them are currently in long-term relationships alrdy. Just speaking out for them

Just out of curiosity, have you tried online dating? Its a lot harder to get friendzoned on a dating website when everyone knows you're there for dating, so IMO it either works out or it doesn't. So you might face rejection more, but at least there's none of that one-sided relationship stuff that can happen when you meet someone in person.
Top

When I was a 15-year old sophomore in High School, my friend hooked me up with one of his childhood friends. It was my first relationship, so I had absolutely no expectations.

Four years later and we're still together, no drama llamas in sight.
"A very small degree of hope is sufficient to cause the birth of love." -Stendhal
The verdict is (finally) in:
Hanako > Rin > Emi > Lilly = Shizune 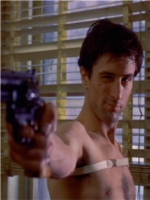 My girlfriend suggested that we play KS for our next date since I got her into it a few weeks ago
TRUE Force. All the king's men cannot put it back together again...yes, I'm saying that we should take Australia...
Top

I once had a relationship with a girl for like 1.5 years, but as it turned out she were only playing with my emotions to get my money, and i ended up in some serious debts, then she left. I dont think i'll have another gf, i lost my trust in them. And after all, all i need is my friends. I know i can trust them at least.
<3 Hanako <3 Lilly <3 Shizune <3