A forum for general discussion of the game: Open to all punters
Post Reply
89 posts

Oh, how differently i would do it....

Shizune's route:
Oh, dayum... Defeat is NOT in my vocabulary. Sure, she may be deaf and mute, but when it comes to competition, I will have no mercy even if it is only a game. Winning is everything that losing is not. Risk, chess, jyanken/rockpapersciz, bring it on. I would probably introduce her to C&C Generals Zero Hour, because it's the BEST. RTS. GAME. EVER.
And then win round after round after round. Her teaming up with Misha would not even matter.

Dealing with Pico Chico Coco Hideaki:
I will play along with the entire thing but I will (jokingly) keep calling him either Pico, Chico or Coco.. or if he can act the part, Nell.(<<And hand him a golf clubset.)

Dealing with that immature Unwarranted Self-Importance-infected V8(? nah..) motormouth that calls itself Jigoro:
# (wut, i has handicap [arrythmia]? dis sux..)
It would highly likely end up as a massive verbal nuclear exchange. One thing is for sure - he will have no chance of winning. Take it from a bluerope Drill Sergeant.
# (the normal me)
Duke Nukem vs Battlelord. And the final blow/s? Yes, it will be right in the jewels.
Well, whatever. Either way i'd put him to shame and own him so hard, Shizune might not let me go for more than five minutes. >:3 Rrrrrrrawr.

Rin's route:
I might not be an art decoder, but i can relate so much to her. Asperger's is never a bad thing unless you make it so.
I might not be able to understand her art, but i'd go though all the effort necessary to understand what she is trying to say.
I might not be an artist, but i'd try my hand at abstract work - and then, with those, demonstrate to Rin that, although one can express themselves with art, one must not expect others to understand it though just that. We'd probably end up explaining to each other why we drew / painted it like this and that, etc.
I might not be a teacher, but it's not like i can't gently show her how to express herself with words. It might take a lot of time and a lot of effort, but if that is what it takes, and only if she wants it, it will be done.
I might not be a tool, but Nomiya sure feels like one. For all that i have read bout what he has done - not for her talent, but for Rin herself - i can't find one hint of him caring for the well-being of his student. Heck, he doesn't even stop to worry if she's been eating properly or if that attic is livable enough for her - or at least has no mosquitoes.
I might never have been a druggie, but if she can let herself loose with codeine, just once, i'd probably allow it - and join her too.
I might not have lived long enough to experience everything in this world, but i can show Rin the joys of realizing the meaning of life, the meaning of existing, and all the Pro perks that come attached with it - and of course, how to deal with the troubles of it. (Well, maybe except akimbo or dual-wielding stuff , but, well..yeah.)
I might not succeed, but you just lost the game.
I might not be able to really emphasize this, but I really liked Rin's route for her uniquneness as a character.

Lilly's route:
*goes off to play Katawa Kart 5: Airport Dash!*
*Now with ponies, Need4Speed cars, or AC's superfighter jets. Don't ask me what i'd do if i had ADMMs.

All kidding aside, i'd probably hang out with her a lot more, and tell her what i feel for her sooner.

If she asked me that question in the bathroom, i'd probably reply with a cheesy line like..
"Who wouldn't think that when he has the beautiful girl that he loves in front of him?"
Hell, I love cheese.
Top 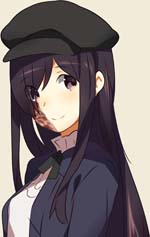 As other people have stated:

Emi route spoilers: The whole thing with Emi's dad ended up being pretty clear to me by the time I first saw Emi's mom. Kinda weird how Hisao couldn't figure that out until near the end of the route. All things considered though, not much would be changed in the story though. And I probably wouldn't have done anything different.

As for Hanako: To be honest, I'd probably end up receiving the wrong message from Hanako stripping herself down as well. I'm not the smartest person in the world and I sometimes need to have things explained to me. Like what Hanako did with Hisao in the final scene. And at least Hisao realized what he did and felt horrible about it.

asakayosapro wrote:
Shizune's route:
Oh, dayum... Defeat is NOT in my vocabulary. Sure, she may be deaf and mute, but when it comes to competition, I will have no mercy even if it is only a game. Winning is everything that losing is not. Risk, chess, jyanken/rockpapersciz, bring it on. I would probably introduce her to C&C Generals Zero Hour, because it's the BEST. RTS. GAME. EVER.
And then win round after round after round. Her teaming up with Misha would not even matter.

Hell yea. I hated how Hisao kept losing in one way or another to her. Part of the reason I like Shizune is the competition and I'd love to smash her at a game.

Hanako too. Christ Hisao, Pool is not that hard of a game! Get your shit together.
What if life had a soundtrack similar to Katawa Shoujo's ?
Top

I don't think its even possible to post the amount of times I would have acted differently to hisao, they made the main character quite dense.
Top 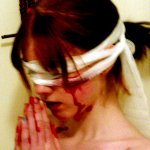 I've still not finished Hanako's nor done Lilly nor Rin, but:

Hanako's route: I wouldn't read so many retarded books. I mean, a book about rollercoasters from 20 years ago? I was like, Hisao, listen, HISAO, seriously she's going to think you're stupid, if you pick that up you're going to look like some guy who's just started to read yesterday and has difficulties with books with no pictures.

Emi's route: Well the total lack-of-a-clue from Hisao about Emi's stuff. I guess we all were amazed on how he wouldn't guess. Also I would have never said something like "for all I care you can go bury your secrets along with your daddy"
Top

amentoraz wrote: "for all I care you can go bury your secrets along with your daddy"

Hisao knew what he said. He's a sadistic maniac and his line was deliciously evil.
What if life had a soundtrack similar to Katawa Shoujo's ?
Top 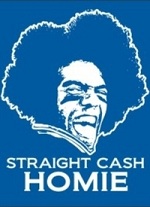 If I were Hisao, I would have done this as soon as I walked into the library for the first time 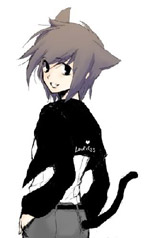 If I had been Hisao, than he would have ended up as one of those background characters with no speaking role.
"Iluvevery, single… one of ye… not you." - Lilly during another one of her drunken rampages.
Top

as I only have Shizune, Emi, and Hanako done

Emi: I would have figured her dad was dead sooner, I would tried to convey my digging and I would have straight up said that I love her and maybe a few other things I can't think off right now

Hanako: I think I would get the whole sex thing and try to tell her she doesn't have to do it if she doesn't want to and then proceed with an embrace and a kiss and then maybe sex and I would sure as hell take my boxers off and I would try to get her stocking off or ask for her help with them but in actuality I would have been like "Holy crap she wants to do it."

I would probably have ended up in an ending worse than Kenji's
I am a guy.
I sometimes talk like Rin Tezuka.
I am in love with Hanako Ikezawa.

Emi: Like almost everyone here, would find out about her father.
Rin: I would say that I didn't understand her the first time I'd speak to her :L
Hanako: I wouldn't be so pushy
Completed paths:
Hanako - Good ending
Shizune - Good ending
Emi - Good ending
Rin - Bad ending :$
Lilly - Bad and good ending
English isn't my first language, so I might make some mistakes when I write something ; )
Top

Brick wall of text. You have been warned.

[Time split 10 days later]
I want to be able to say that I'm over this game. That I no longer get the "feels" as I did when I went through each path for the first time. I truly believed I was over it. No such luck. This was incredibly painful to type out. For over a week I've debated whether I should post this or not. I closed the page in the draft menu every time I tried to until now. As much as I cared for Hanako in her story ark, I can still say that this is how I would have reacted to her. I don't want to be able to say that.
[/Time split 10 days later]

With Emi, I wouldn't have pestered her about her dad, since his death was so clearly readable between the lines.

I'm not sure if I could've started a relationship with Shizune at all.

In Lilly's case, I might have tried harder to talk her out of leaving for Scotland. She was too good to lose after all.

With Hanako, everything went as expected. No need to make changes to my choices. :3

I might have also tried going after Miki or Suzu instead. :3 Even defying the possibility that Miki might be too wild for me.
Top

Regardless of which route I choose and which girl I favored, I still would have tried to be Hanako's friend. She was obviously in need of one.

I also would have told Shizune to stop treating cheering up Misha like it was a game. I would have tried to get her to just come right out and tell Misha that she was important to her and no matter what happened, she still wanted to be Misha's friend.

Also, Misha was cool. I liked her better than Shizune. It would have been nice to hang out with her some more.

With Emi, frankly, Hisao handled his health better than I would have. He was healthier on that route than any other and if it were me, I probably wouldn't have tried quite so hard to keep running after my body obviously doesn't want to.
Not Dead Yet
Top
Post Reply
89 posts