How Many Times Have You Replayed?

A forum for general discussion of the game: Open to all punters
Post Reply
23 posts

How Many Times Have You Replayed?

Subject says it all. I don't mean going through individual scenes in the library, but whole runs. Not necessarily from the snowy field to the end credits, but at least one of the girl's routes. After I got 100%, I went back and redid Emi's and I'm getting ready to do Rin again.

It's fun going through some parts again and noticing little things they might not have intended, but still get a chuckle out of it. For example, in A1 when Hisao is getting dragged off to the Student Council room with Shizune and Misha on his flanks, he has a little quib worried that he'll be tied down and tortured rather than playing Risk with the two. Oh if only he knew. Hundreds, if not thousands. I played at least a dozen times through, reading everything, when I was exploring the game for the first time, until I reached all the endings. Then I went back and started keeping track of my choices in order to find the missing scenes and achieve 100% completion, and that cataloging effort turned into a giant, exhaustive spreadsheet which in turn became my flowcharts. Most of the replays were done with gratuitous use of skip mode, but I found myself many times stopping to read a section I wanted to re-experience or some interesting passages (like the one you mentioned) that took on new meaning with knowledge of later or different paths.

Lately, I've been playing through again and taking time to read everything, in the process of charting the differences in text based on your choices, instead of just the flow through the scenes. It's sometimes very time-consuming work that I only tackle in small doses, but there are also some very interesting things that are coming out of it. It's great fun to see the little touches the developers put into the game.
Would you come with me if I ran off to be a pirate?

I replayed the odd scene afterwards but not entire routes. I'll probably end up replaying it a year or two down the line, after I've forgotten enough to make it worthwhile again and even then it'll probably only be my favourite routes (i.e Lilly and Hanako, I liked Rins route but I don't think its something I could go through again, Shizune and Emi are middling for me)
Top

@ OP: wahahaha! Beside securing alternate endings, the only route I substantially replayed was Lilly's. All the others I just rummaged around to check certain events ('so that was how it was' kind of thing). I probably will replay Rin's sometime arc to hopefully get some answers.
Top

@Geekahedron Oh yeah, thanks for those by the way!

After I finish doing Rin again, I'm gonna let it simmer for awhile before I replay another route. I have an ever growning backlog of games, books, and my studies to tend to. However, I did find another quib similar to the other one. It's another occurrence in A1. Hisao is helping Rin with the mural for a second time and says to himself, "The way these meetings with Rin go, it's as if I'm starting a smoking habit or something."

Once per route, saving at what I thought were branch points to get the good and bad endings.

Never did do the man-picnic though.
The only difference between theory and reality is that in theory there is no difference, but in reality there is.
Top

I played every route except for Shizune's twice through. If I count the runs where I used skip to get 100% then the number would get up to 4 or 5 for each girl, but I don't think that really counts.

I've done every route besides lilly so far. I always like to wait a while when i finished a route to forget about the same dialogue's of act 1 you have to go through. I also like to safe when i think the choices will either bring us to a good or bad ending so i can load that point again to experience both endings. The only endings i haven't seen through the route's i did are Hanako's and Rin's neutral endings.
Emi's route 7.5/10
Shizune's route: 8/10
Rin's route: 10/10
Hanako's route: 9.5/10
Lilly's route: Not finished
Top

Completely only once, Emi's route. But I'll replay her route every once in a while, it is a good boost for the training motivation.
The labyrinth of memories that is killing me
Top 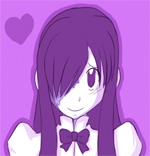 I think I've finished the game about 6 or 7 times now, once with every character then a rerun of Hanako, then few bits to try and get 100%.
I'll probably give things a break for a bit now but I'll go back and replay it again in a few weeks I think.
Couch to 5k With Emi!
Week 2:
On hold due to injury and real life =(
Top

That horrible sensation when KS isn't running is almost non-existent now so at least for me, it's getting a little easier. I still owe some of them another replay or five though. 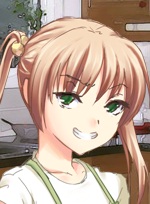 I'm still letting KS sink in and I'll do a full replay when the time comes.

The time to replay Yume Miru Kusuri and Ever17 is nigh upon me.
Top 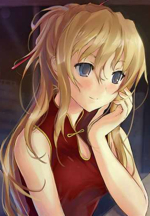 I hit 100% completion and I've stopped since then. I'm planning on going through Hanako's route with my husband soon. We did Lilly's together as the first route, but the others I did on my own. I'd like to at least show him Hanako's before putting the game away for a while.

As others have said, I might revisit KS in the future once I've forgotten some of the finer points.
‎"Maybe I am that kind of a person. The kind that belongs only to herself."

Aside from replaying Act 1 everytime I started a new path, I haven't replayed anything. I used skip mode to get the alternate endings of each path. I will replay it again eventually, but I never replay something like this this soon.
Top

2 on Lilly's route since I need some reference on her character for my fic...

SHII-HAEL!
Shizune>Rin>Emi>Hanako>Lilly
"A writer is a light that reveals the world of his story from darkness. Shapes it from nothingness. If the writer stops, the world dies with it." - Alan Wake
Yes, I write stories. Currently working on: The Haunting: A Love Story
Top
Post Reply
23 posts