Personally, Lilly's route had me shedding manly tears ...okay I cried like a little girl., and I feel that Hanako's was very heartfelt for me as well. No other route's seemed to impact me the same way those two did.

I just wanna get a feel insert bad pun here. on who the community thinks their favorite girl and route.
100% completed.
Top 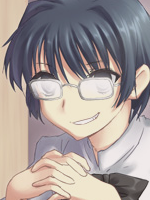 Favorite route? It's pretty much a three-way tossup between Emi, Rin, and Shizune. I love them all a ton for different reasons. Hanako's is good but had some flaws that I personally can't completely get over, and Lilly's was boring/cliched to me in retrospect.

There are some other threads/polls floating around, and it seems like the general consensus is that Lilly and Hanako are the best-loved girls.
Shizune >>> Emi > Rin = Hanako >> Lilly
Top

Liked Hanako's route the most, because it made me feel that I made a 'difference'

I think she is a pretty interesting girl and her route evoked multiple emotions in me ranging from "depression", sadness, joy, confussion and empathy.
Top

On both accounts, Rin.
Top 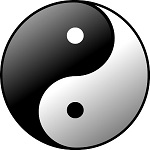 Both would be Lilly so far, because she reminds me of my wife in so many ways, and because her route was beautiful... good ending of course... but playing Hanako now, so will see if she changed my mind...
Top 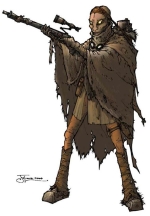 Both as girl and route..it´s Rin, hands down.
Top

My favorite route is Rin's. While she wasn't my favorite character, she was just a really intriguing character that was totally multidimensional and exhibited some interesting traits. Her dialogue was absolutely fascinating. Acts 3 and 4 were probably the most emotional parts of the whole game.

Hanako was my favorite character. I've touched on this a lot elsewhere but I really felt like I connected well with all of the characters, but I really connected with Hanako a lot. Some of her problems with anxiety and whatnot are similar to mine, but overall her life is like a 100 times worse, so I think because of that I really wanted to see her happy and in a loving relationship with Hisao, even moreso than the other characters. The only reason her path isn't my favorite is because personally I think it had some pacing problems, I would have liked to see more of Hanako herself and while I get why her and Hisao weren't really in a relationship for most of the game, I think a lot of Act 3 (if I'm remembering the game correctly, might have been Act 2) felt like filler and could have been removed so we could get a more concrete ending.
Top

There's a lot of these kinds of posts already. Search them up if you want to see them.
"OH GAWD MY DRILLS"
...What? Not a real quote? Oh well, it's Yipyapper's quote now.
"Google will rule the world soon. Accept them now before it's too late."
~Yipyapper
Top

Favourite girl: Lilly
Favourite Route: Lilly
I just love her story, I also cried like a fool, especially since I got her bad ending twice before getting the good ending.

yipyapper wrote:There's a lot of these kinds of posts already. Search them up if you want to see them.

Wouldn't be surprised if this got merged into another thread. Oh and dude you're back!

Since I'm here I might as well post my favourites (Yes, Canadian spelling has ou and not o)