Someone did a shop version of a Hanako Nendoroid:
http://katawa-shoujo.deviantart.com/#/d4npw9p
Top

I read Nendoroids as Nedroid.
I am disappoint.
Top

DH531 wrote:Nendoroids would be awesome! But wouldn't that be breaking the copyright?

But it would be nice though

Agreed. But it would be breaking copyright.

Katawa Shoujo Game FAQ wrote:A: No. Four Leaf Studios is not charging for Katawa Shoujo, and never will. If you see anyone selling Katawa Shoujo, or charging for merchandise (with the sole exception of a select group of people who have official permission to sell merchandise at cost), please report them on the forum or PM one of the developers, as this is a violation of the game license and, quite simply, ripping people off.

Unless of course Good Smile makes an arrangement with 4L to become an authorized seller of KS merchandise.

Who are these people, what are they making, and how do I give them my money!? I want's merch!
Top

Realistically though, KS would have to gain a large enough following in Japan (ganbare, translation team!). I doubt they'd be eager to go after an overseas market and a rather niche one at that.
Top

Realistically though, this isn't happening. The nendos would need to be sold at cost which means absolutely no profit. "At cost" only accounts for materials, not labor. 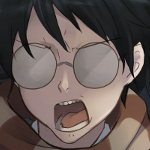 I would kill for that!!! And then probably die by HNNNNNNNNNG!!! But who cares!?!?!?
Top

I am a guy.
I sometimes talk like Rin Tezuka.
I am in love with Hanako Ikezawa.

yeah, something like that
Hanako Dash - what REAL MEN do when they're bored: http://ks.renai.us/viewtopic.php?f=3&t=5547