Man, if you people consider this "trolling", your head would asplode at some of the stuff we got up to sometimes.

(No, save the "please tell us then".)
Shattering your dreams since '94. I also fought COVID in '20 and all I got was this lousy forum sig.

I don't understand how this really constitutes trolling? I must be misunderstanding.

I get that the Emi video and your picture are essentially the same scene.
Top

Trolling in the sense that the devs deliberately revealed odd bits about the final game, hidden among all the outright lies. Maybe "reverse trolling" would be more apt.
Top

Spoilers: I did the pic way before Mike Inel did the Emi animation.
<Aura> would you squeeze a warm PVC bottle between your thighs and call it "manaka-chan"
<Suriko> I would do it if it wouldn't be so hard to explain to my parents
Top

Aura wrote:Spoilers: I did the pic way before Mike Inel did the Emi animation.

And it is always possible that Mike saw that picture and the image stuck in his mind to inspire his own image of a scene reminiscent.
Or, Mike was traumatized by a childhood of laboring in orchards picking fruit.

I'd pick the first as most likely, really I would.... 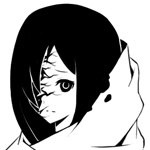 Bara wrote:Mike was traumatized by a childhood of laboring in orchards picking fruit.

The apples... Make them go away.

I was simply given a handful of descriptions and event ideas for the storyboard. I guess it's safe to say it was sir Aura's idea~
Top

Ha! I was just trolling to try and get 3 devs to post in my thread.