This was supposed to be the only reason why I registered on these forums, but since I was overcome by general procrastination, I guess I will just participate in the KS forums as a regular user instead of a one-time poster.

No, no, no! I don't think that it is bad or crappy or something in the lines of "I was disappointed and this should have never materialized at all." Not like that. In fact, I could relate to this VN's characters more than to Winston Smith of 1984, and that novel changed my life.

The thing is, you know, it made me feel the "feels". I wouldn't have minded it at all, but the problem is, I had this damned condition called mood disorder. So? In my case, if I feel happy, I feel so happy. When I feel sad, I am so sad that I hate it, that I'm going emo. When angry, I could threaten the offending person with death and not regret it. You get what I mean. Thank god they gave me pills for the condition, so I could control myself better now.

When I first laid my eyes on the game, I was like "Ugh, what the fuck am I doing." It was the first time that I would play and read a VN, an interactive novel, an eroge. Made in the Internet by a bunch of people coming from a website that most people only know because the users hack websites for the hell of it. I was not able of play VNs for a long time because the desktop was the living room, and nobody likes to see animu girls being boned on a computer screen when they walk into a house. Good thing my father decided to rearrange some parts of the house, so the result is that the computer is now beside my bed on a more private and closed room. Jackpot.

Opening scene, Hisao gets heart attack, learns of his condition and is confined to a hospital for a long time. I've read the whole scene aloud on my mind and I was starting to feel his bitterness, mainly because I was hospitalized too for a long-ass time, as they have to open my belly to see what's wrong with it because my stomach hurts like a raging bitch with PMS, only to find out that they have to remove a portion of my intestines and my ruptured appendix. That's just one of the many reasons why they needed to hospitalize me, aside from anemia and many more. In other words, I felt Hisao's bitterness over being hospitalized. When he learned that he needed to transfer schools because of what happened to him, I could hear him being angry, not accepting the fact that he wasn't normal anymore. That's the time that my mind was conditioned to read his lines on a bitter and cynical tone.

And then, off I go. It is much more appropriate to enumerate my experiences on each of the girls' routes, but that would make the post longer that I wanted, so I'll give off just a few thoughts on each.

First one, Hanako, good end, natural gameplay. Her route is obviously there to satisfy the cravings of moe lovers, but it slapped you in the face for it. (Almost, in my situation.) And it hurt me, so fucking bad.

Second, Lilly, good end, with walkthrough. The story turned out to be Clannad-ish, but there was that one unforgettable line that made me feel Hisao's painful surprise.

Third, Shizune, good end, with walkthrough. The Student Council duo annoyed me at first, as if I've crossed the Berlin Wall from West Germany to East Germany, especially Misha, even if I knew her spoilers. But when she finally told me her damn beef with her best friend, which I knew, it still hit me hard. Idealistic end, but I can't feel a single shred of glee in me.

Fourth, Emi, good end, with walkthrough. I found myself squeeing at first like a fangirl. When her problems start to surface, I saw her father's conditon from a mile away, I knew it perfectly what happened to her and her dad. But the way she dealt with the damn trauma, it still fucking hit me even if I saw it as emo-ish.

At this point, I was already sad as all hell because of the damn stories, even if I don't consider them masterpieces. And I was already reading the /a/ and /v/ threads about a lot of people having their good share of "feels", how it changed their lives and how it supposedly bonded them together. It was a stupidly depressing surprise for them. (/jp/, on the other hand, mocks the game with all their autism without even playing it, as expected from the likes of them.)

My younger brother and sister tried to play the game.

Brother dismissed the game as boring after playing only a few lines. When he asked for the spoilers and I revealed them, he dismissed it as cliche. He simply mocked it. Saying that the girls' problems are unreal, even if he just knew the spoilers and never actually read the whole game. It was a display of arrogance from him. But given that he was a fan of Lady Gaga, general K-pop and Hunger Games (Yes, he read the whole series. Ironic.), I just tolerated his opinion and moved on, without any incident.

Sister, got the Emi route, just skipped mode through the whole game. Given that she likes taking pictures of herself, posting them on Facebook and going out with her friends, I'm not surprised. I just let it pass.

And I fucking thought I was a normalfag who happen to find my waifu on a bullet hell game I can't properly play.

So yeah, I felt that I was taking the game's emotional impact too seriously and it made me angry at myself, so I decide to lighten up, laugh at the memes and jokes, play some music and find fap material.

And I took Rin's route, good end, with walkthrough. They told me that it is going to crush me emotionally. However, when I finished the route itself and while reading it, I didn't feel anything. It seems that I've tried to understand Rin and Hisao on this situation, but I've felt like I was more of a shrink to Hisao than being on his eyes. But nevertheless, something tells me to say that this is the most well-written route in the game, maybe because I was able to understand Rin and sympathize with her without me getting too emotional. And the more I think of Rin's route, the more it is getting depressing.

So yeah, I'm slowly getting over the "feels" now, getting back to normal. It didn't change me, but it still made me sad.

And I appreciate that. Or not. I dunno. But I hated these "feels".

But yeah, 4LS, five years is worth it. Still.

Thanks a lot.
Warning:

Still, feels are not a bad thing. It confirms that you have character. You can, well, feel things. That means you're not some sort of robot, a face in a crowd, whatever. You've already met feels before, though... but taking medicine for it? Seems excessive to me, but I'm not one to judge that. Oh well.

There are certain things (generally shows, music or games) that I mentally tag as things I don't want to think about a lot while I'm trying to sleep, and I can't really pinpoint why. Katawa Shoujo is one of them, and it sucks because I'll sometimes be playing until 4am, I'll try to sleep but my mind won't stop playing the music (normally from one of the bad scenes) and won't stop running through the story and it just sort of unnerves me and weirds me out.
Top 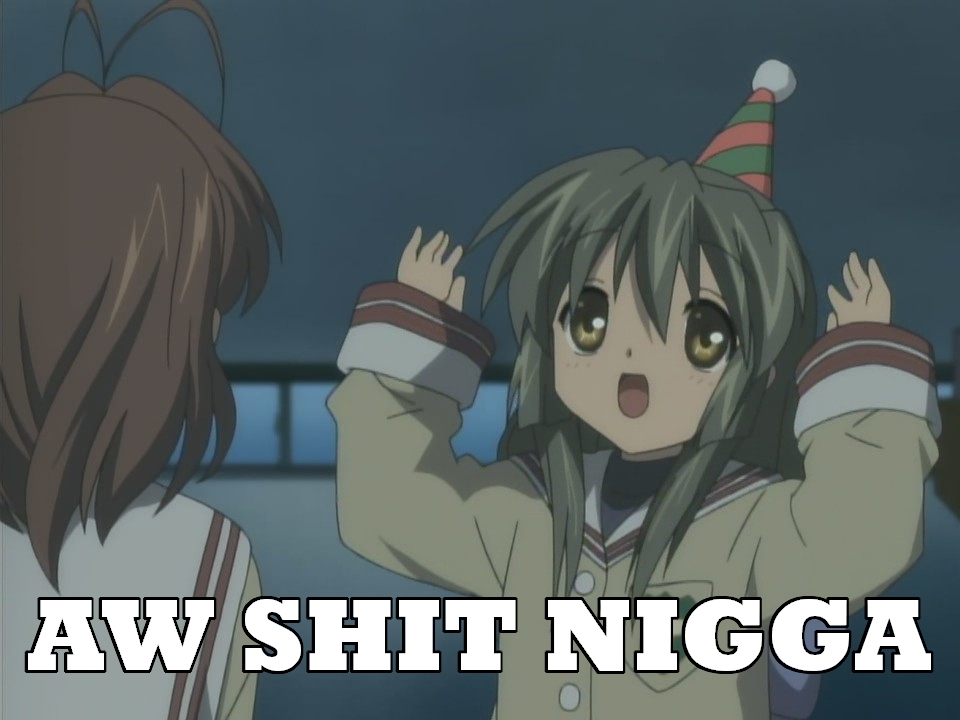 I have come to understand that the stronger the "feel" is, the happier it made me. Now whenever it hits me I just remind myself of all the joyful moments it gave me, and it makes me happy.
"100%"
My final ranking: Hanako >>> Lilly > (Misha >) Shizune > Rin > Emi.
Top
Post Reply
5 posts • Page 1 of 1