I'm a bit late with this, but I really have to do something to show my gratitude for you making this game. It has been the experience I have been hoping to find from movies, books and other media. This really hit the mark. You did it right.

Thank you. You gave me so much.
Top

I just finished this game with the Emi path, and am going to do another play-through for the others.

I just felt the need to thank you all personally for such a great game/story. It's extremely well written, composed, and illustrated. I wish there were more devs like you guys out there and I'm going to donate just as soon as I'm able. I sincerely hope that you consider taking on similar projects in the future. I don't really know what else to say...

It's awesome to see the growth of this thread. It's nice to know that there's so many grateful people out there. It gives me hope and motivation to continue sharing the wonderful stories we've experienced. It's been over a year in counting, but somehow I can go back in my head as if it were yesterday. All the way back to "...I'm left wondering about her, even as the class fills with the other students, and eventually, the teacher."

Words of gratitude alone are simply not enough.
Top

I just finished my first arc, and registered to the forums to say thank you to the developer team, not only for the beautiful story, but the way it is delivered, the way it makes you connect with the charachters, i felt like i was reading a book, lost in it, word after word, wandering inside the story.
I really have no words to describe the emotional impact it made on me, so i will just say thank you.
Top

I love the interpretation of Pac-Man where he's a just a lowly worker retrieving golf balls left all over the course by the rich masters and the ghosts are all previous workers who got conked on the head and killed by incoming golf balls in the line of duty.
Top

Thank you, 4LS. KS is the first real VN I've ever played, and it was beautiful. I took Emi's route and got the good ending. By the time I was done, I had felt just about every emotion possible. I teared up, laughed, smiled, became angry, worried... and it was all worth it. I'm not very good at talking to people and in real life I'd probably have screwed up and ended up alone, so it was nice having such a genuinely romantic experience, even if it was all a game. It felt real enough, for that short time.
"Spunky at his Spunkyest/Spunkiest"
"Tissues to the extreme!"
Top

I would like to say thank you as well. This game has given me a new outlook on people's problems, and it also reminded me that there are still good people in this world. (Evidenced by 4LS working for 5 years on this amazing game for no pay). As for the poster of the thread (assuming you mean U.S. military) thank you for your service, it means a lot.

The story of KS is an intense one, not only in the game itself but of making the game, and time was spent and sacrifices made to create this. Really, I truly do want to thank 4LS. What you guys did here gave an experience like no other, instilling emotions and meaning into a story that will be remembered for years by those who experienced it. Really you have heard it a lot, but the fact that my lack of self respect for myself failed me many a time, this game has given me something more to work toward. A life that I just don't have yet, something far off. Of course Emi route first, started running and getting in shape, the usual shibang. But I really want to just thank all the developers for going through hell to make something so heavenly, and something so beautiful. Thank you. A lot.
Top

Hello guys!
I want to say big thanks to developers and to all who was involved into developing. Thanks from Russian community. Ysterday I finished Lilly's route, and that was really great!
I'm an streamer, and I will show that awesome novel to my viewers.
Really thanks! And sorry for my bad english.
With love from Russia.
Top

Fr0stix wrote:Hello guys!
I want to say big thanks to developers and to all who was involved into developing. Thanks from Russian community. Ysterday I finished Lilly's route, and that was really great!
I'm an streamer, and I will show that awesome novel to my viewers.
Really thanks! And sorry for my bad english.
With love from Russia.

It should be: "From Russia with love" 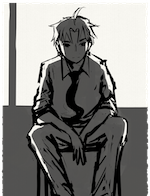 Thanks for making the game. Especially Rin path. That one touched me deeply and has me progressing as an artist. Thanks!
Top 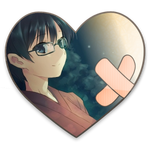 I played through Katawa Shoujo for the first time in January of 2013 in a rather frenzied burst of activity. Probably too quickly, all told, as I don't think it gave me time to truly digest everything. That's why I've signed up for the forums now, to go back into the world of KS, and replay through all of the arcs (and, if I have the fortitude, actually get bad ends this time).

I'll likely be fairly active here; I have a small handful of fic ideas and a lot of the public discussion threads seem interesting.

I want to thank 4LS for everything, especially that week and a half back in January of last year. It had been years upon years since I'd thrown myself into anything as deeply as I had Katawa Shoujo, and my experience with Katawa sort of served as a gateway drug to other, albeit different visual novels (Zero Escape series, Danganronpa) that I find as rewarding as any "big budget" video game title out there. 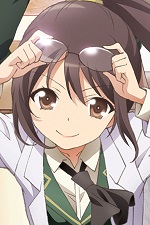 Thanks 4LS (betcha didn't see THAT one coming in this thread

). It seems crazy to me that a VN could have as profound effect on my life as it has, but here I am, saying how much it has. I feel better than I have in myself for over a year now, I've taken up running, started learning Japanese, discovered a liking for manga/anime, restarted learning piano and even done some drawing, all of which can be, in some way, related to elements of this game. On top of that, I've joined a community of pretty awesome individuals on this here forum, and become more involved than I ever have before. So yeah, thanks 4LS, for getting me interested in stuff I never thought I would! 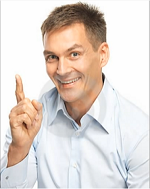 A big thank you

I'm doing this on my iPod while holiday (taken me nearly 30 minutes to log in and to get here), so it won't go into depth of detail I initially wished (save that for another time), it will most likely make little sense and please forgive spelling and grammar.

On July 25th 2013, I came home from work and was browsing through YouTube when I stumbled across a video by JessieCox about a game called Katawa Shoujo. With nothing better to do, I decided to watch it, wondering what strange and odd things were contained within. While the concept seemed off putting and Jessie's 'voice acting' was a lot to be desired, I was quickly sold by the serious tone in the opening hospital scene thanks to my work in the British NHS. Deciding to take a risk, I downloaded the game and got down to business.

The next four days would prove to be some of the most emotionally draining moments of my life and left a profound and lasting effect on me. In the two month before coming across KS, I had faced a rough time. My pet cat of 14 years had been put to sleep after being diagnosed with cancer, I had a falling out with my parents about my future and in a night on the town, I nearly ruined myself financially after I lost control of myself at a strip club. The game gave myself the opertunity to give myself a long look in the mirror as I further professed through the game.

Hisao's interactions with the girls, the expirences they shared and their issues connected so much to me. Emi with not letting people in emotionally in fear of losing them, Rin's wish for someone to understand her, Hisao questioning and doubting himself etc. Nothing else in media has before or since made me rethink my life and to remain in my concience on a day to day basis.

Now, as I sit here, listening to the soundtrack, I want to thank everyone that was involved in the making of Katawa Shoujo and the fellow members on this forum that has further contributed to the work, be it fan artists, fan fiction authors that have expanded the original work, members that smarter than me that have helped me further understand the characters or just the people that have provided plenty of laughs.

Thank you all for a wonderful year.
"She also ties you up to a chair. You're gonna like that. Chairs are good. Chairs are your friend."