Lysosomal wrote:Hey guys, first post here. I've been doing the push up challenge for a few weeks now. I finished week 4 back on Friday, but I had some difficulty near the end and could barely lift myself for that last one, let alone continuing. I'm pretty sure I'm doing the push ups right and everything, I just don't think I had made enough progress. Looking ahead at week 5, I wasn't sure if I felt ready. To start on week 5, you had to get 35+ on the initial endurance test, so today I redid the endurance test and I got 36. So it seems like I should be ready but I was wondering if it would be a good idea to redo week 4 to make sure I can get through next week's sets. Or is that just wasted time and I should keep on track?

Keep going until you can't on any of the challenges. Then do the part you can a few times so you can build up past the wall you hit before.
Sorry for my grammar and spelling. I am not very good at those...
Top

Hurt my back last monday deadlifting 100 kg. Was successfull, but next day I was barely able to bow. Still in pain so I have to take ibuprofen. The upside is that it doesn't hurt anymore when I fall off the ski 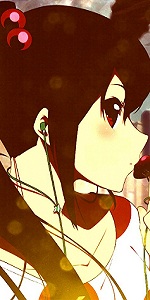 I'm so glad. I went running this morning not knowing how long I would be able to keep it up because it was freezing outside and I didn't do shit for a full week. By the time the 20th minute went by - which is usually the minute I slow down a bit - I randomly started thinking what the hell I am running for. I do not have health concerns. I am not overweight and I am decently fit. I don't particularly like jogging either. I just started running without a goal because I thought it would be fun to get back into the swing of things. I wondered why I get up in the morning to give my legs a beating in the cold only to achieve something I haven't even properly defined.

And then it struck me. The answer to the question of why. The answer to why I decided to run circles in the park in soltitude while I could be sleeping in. I thought to myself: I run to constantly remind myself that simple, dumb, stupid, hard work will have results both in the long and short term. I need to constantly reiterate the fact to myself that small steps lead to bigger things, a mindset I learned from running and need to adopt in my daily life. It's the same with the reason human beings are social beings: to constantly be assured by others that what you are doing is right. No matter how high your self-confidence might be, everyone will waver when they don't get validation from others once in a while.

At that exact moment, I entered runner's high mode, something I haven't been able to achieve for over 5 years.

It was amazing. Everything felt like it was in sync: the rhythm, the breathing, the wind, the sounds. I forgot how it felt to get into the zone and focus on the running-- and the running only. Nothing mattered at all and by the time I remembered to look at my phone for the time, I had already run for 35 minutes. It's so hard to describe runner's high because it tends to sound like nonsensical metaphysical crap to people who have never experienced it, while anyone who has experienced it can only nod in agreement.

So what now? I will keep running. I love the adrenaline rush it gives and the constant challenge you give yourself while running so that you feel like a million bucks afterwards. And of course, the kick under the bum that reminds you that the only way you can go with runnning is forward, just like you can in life. I will probably focus more on the push-up challenge now that I can comfortably run the last week of couch to 5k. And maybe, on a good day, give the bridge to 10k a shot. 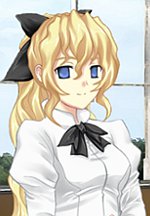 Here's to that! That's an fantastic attitude you have, and it will carry you great distances.

The runner's high is really great; I don't experience it as a high really, more just a feeling of absolute peace. When it hits, and it doesn't always, I feel like a clockwork automaton that could run forever.

I'm going to attempt the half-marathon tomorrow. I'm somewhat nervous, but I think it's time to try.

W3D3 finished, everything looking good, even the snow isn't a problem, push-ups otherhand...

Due to an injury, my arm is 5% off from the regular arm position, so that makes me disabled a little. I can't do more than 20 push-ups and I have to take a little break, before I am able to do more. It doesn't hurt, but the arm position makes me worn out quicker.
Top

Walrusfella wrote:I'm going to attempt the half-marathon tomorrow. I'm somewhat nervous, but I think it's time to try.

oi oi oi go walrusfella!
The labyrinth of memories that is killing me
Top

Haven't kept a steady routine since my injury. It's better now though. I can walk, anyway. Dunno about running. Currently, my sleep schedule's erratic as hell so I can't fix my routine. Working on that. Also not attempting too much exercise at once until I can get some new shoes next week. The ones I have are old and miserably worn which I've discovered to be an indirect cause of my injury in the first place. Also, in the process of tightening the fit of my shoes (which I usually keep loosely fitted), I've discovered that I've forgotten how to tie a shoe. So I just tied a small knot to keep the laces tight and stuffed the rest of the lace down into the shoe. (Note: I could never tie shoes even when I knew the process. Damn palsy.)


On the good side of things, I do seem to have lost weight. Not much but enough that my jeans fit without leaving them only semi-buckled.

Wasn't too bad at all, for the first day. Also found use for my old iPod Nano as a Stopwatch :p (it's been sitting around for a year or two with 0 use before).
Top

Well I had to remove a toenail again so I won't be coming back to gym so soon.
Top

Enemy | wrote:Well I had to remove a toenail again so I won't be coming back to gym so soon.

Why do you keep trying to kill your toes?
Sorry for my grammar and spelling. I am not very good at those...
Top

They keep trying to kill me, by getting ingrown toenails.
Top

Enemy | wrote:Well I had to remove a toenail again so I won't be coming back to gym so soon.

That sucks :/ I wish you the best of luck with that though.

I also did w1d2 earlier

Thanks! I made the attempt yesterday, but came up short.

Got up to 18 km but then my left foot decided it was tired of being a foot; it's true calling was apparently as a ballast stone made entirely out of pain. Tried to run through it but it became obvious that couldn't do another 15 laps on a malfunctioning foot. It seems fine now; I'll have another crack at it next week.

Wasn't too bad at all, for the first day. Also found use for my old iPod Nano as a Stopwatch :p (it's been sitting around for a year or two with 0 use before).

Hi there!
been a while since I last showed up around here