Paths you would play again?

A forum for general discussion of the game: Open to all punters
Post Reply
55 posts 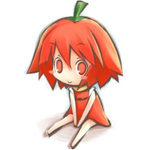 I really want to play Hanako and Lilly's route again but... next week is finals week and I got to study @_@
Top

Or maybe the super secret Harem ending that can only be unlocked with a time-machine.
Top

I would surely replay Emi's path. I truly loved it.
Top

Emi's path I absolutely adored the entire way through, and fully intend to play through again multiple times, as well as dip in and out of individual chapters as my mood dictates.

I can't play any other route again without seeing Hanako and wanting to go with her route.

The writing done for her just fit my personality so well that I feel like I can't not go her route.

Also considering anytime I want to possibly try a new route, her pictures come up on the main menu and I can't think of going any other route.
Top

I'll probably replay Lilly's and Emi's in the future. Possibly Hanako's too. Not yet though, it's too soon and I'll remember it too well to have it worth going through. But one day, I will return.
Top

I have only finished Shizune's path so far but I would play it again after I have finished the others.
Shizune=Hanako>Lilly>Emi=Rin
Family Game Night A Shizune After Story Fic

Mainly, I'd play Lilly's story again mostly, I find Lilly's story to rather be... fascinating and very interesting, and in my very humble opinion, Lilly's story has the most... satisfying ending for me.
Next is Hanako's story, Hanako's story is melancholic but managed to cause a great impact to my mind... or my heart if you considered it not to be cheesy, ehem.

This must be one of the hardest question about the game, since I've played trough everything, so it's quite hard to choose... I actually had to think about it for a long while to decide.
PS: Just a little opinion of my own after trying my best to take hold of all the details.
Hanako's story: Saddest
Rin's story: most confusing (not that "I can't understand the story" confusion)
Shizune's story: most surprising (I'm still having mixed feeling about this most surprising, since every story is surprising, but I can give Shizune's that... I think)
Lilly's story: most... dramatic (I still can't find the word most suit, but I think that might do fine)
Emi's story: .... I have a hard time finding a word for her story, since her story has... hmm... a balanced amount of everything.

Truly, it's hard finding words to describe the story, I still have doubts about those words since the stories contain so much, but thanks to that, it somewhat helped on which route I would play again.

Like the other things that either provoke a strong response from me or grab hold of my attention and reveal more details with each exploration I'll likely make it a habit to play KS annually. Replayed Rin's "Raison d'être" episode and it choked me up again.

Going to likely need to wait some time before going through KS again, not just because it really reached me but because I wouldn't want to dilute the strength of the reaction it draws from me.

There's been a variety of responses to KS, some as we do here have fallen in love with it, we can either relate to it, it opens things up or shines a light on what is already there, we've connected with it. For some it's nothing but "another silly game" I've given up trying to explain how it's drawn me and many others in to those people, how it's something that has mattered no matter the extent.

There's a number of different pieces of media that provoke different reactions in me, some may seem ridiculous and cliché, some others may identify with. Just off the top of my head though:

I make a habit of going through these and others each year, Katawa Shoujo happily goes on that list

As for an order of playing? However they happen. I played it as though having a mirror to each story so Hanako and Lilly then Shizune and Misha then Rin and Emi. It felt like it made sense to do the stories in those pairs as the characters were closely tied together. Does make me wonder what it would have been like to have had a separate Misha path though to complement Shizune's. Given Misha's feelings it could have been a particularly awkward story.
Top

If I ever manage to actually complete KS 100%, I'm going to replay Lilly's route one last time.

I don't dig replaying VN much unless it's for a new route or new ending but I like the sentimentalism and symbolism of ending something well and exactly on the note you begun it.

Though, my adventure with KS begun with the second-to-last demo and with "Is Carnival!" ending to the 1st act, so it isn't exactly the same note.

i've yet to complete all the paths, but i intend to eventually play rin's again, though probably only after a good long break from the game as that path in particular hit me pretty hard. if i feel up to it i may play all of them again, depending how i feel about them later.
Top

I would say Lilly's path is the most satisfying and I will play it again. Though after every path I completed I had to go back to Hanako's end just to keep that fresh in my mind... felt too much like cheating. I couldn't even read her bad end, I had to skip it /pathetic_mode_off.

So, I'm sure if I replay any I'll have to replay Hanako's afterwards haha...
Top

V2Blast wrote:Not Shizune, because it is the most boring route.

I find this to be true.
Top 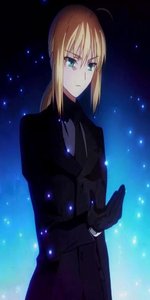 Well I wanna get 100% on the game, so technically all of them. But outside that I would like to play Lilly's and Hanako's properly again.
Lilly path > Hanako path >>>> Shizune path > Emi path > Rin path.

My most heart wrenching moment...Misha getting a haircut.
Top
Post Reply
55 posts