Act 2: Gourmand
Act 3: Foodie
Act 4: Epicure (was thinking of using my blog's name, but it's not yet time for that, so this will do until then)

Naturally, the phrases in parentheses are purely satirical in nature.

Act II, entitled Alienated, explains itself. For various reasons, I do not understand the world around me. In a simplified sentence, I have become an unusual and alien being in an equally yet separately unusual and alien culture. Anyone I meet is, to me, strange and alien. More than likely, they'll think of me in similar terms as I struggle to make sense of who they are and what they want, and that, I think, would define my initial relations with a protagonist in a romance story.

Act III, entitled Dissociation, also explains itself. Once I've become comfortable enough (note: not necessarily comfortable) around someone, I can slice off a piece of me to more amicably get along with them. That is, I learn how to be friendly without actually becoming friends, on my part. That part of me who becomes their friend isn't really me. It uses my body, speaks using my mannerisms, and knows everything I know, but it isn't truly me. Rather, it's a tiny sliver of me that I can safely gamble without any real risk to the rest of me. Or at least, that's how it seems when I try to think about it.

Act IV, entitled Nightmare, becomes a little more complicated. Most of the early encounters I had with others were quite traumatic. While that has led me to be anxious about meeting new people--which factors into Act II--the more significant impact lies in how I interact with potential love interests over time. Because of the nature of those early encounters, whenever I try to develop a more intimate and meaningful relationship with anyone, I reflexively shut down. My actions then become extremely erratic and confusing, even to myself, and my resulting perception of the events can often be described just as this act's namesake would imply: a Nightmare.

Reading through all of this now, however, I've suddenly realized how very identical these Acts are to those of someone else's.
Top

I wouldn't be attending Yamaku, unless they opened a section or sister school for non-physical disabilities. The protagonist would be a girl. Depending on how the schools are set up, she might still have a physical disability, but possibly a mental and/or emotional one. She would have to be the type to show initial interest probably, with enough drive to overcome communications and attachment barriers, and she would have to be pretty accepting about life and things. 18 yr old girls are not either of those, generally, so unless it was some kind of Shizune-Lilly-Emi mashup, it probably wouldn't work. There would be little reason to pursue that path, haha.

I have a problem with low blood pressure, and sometimes I pass out if I stand up too quickly. This could lead to some amusing scenes, I imagine.

Act 2 is named because in high school I had many friends, but felt alone and unwanted.

Act 3 is Defiance, as I had pretty severe problems with my anger if I felt that someone was rude to me (especially teachers) or if I felt I didn't do something well enough.

Act 4 is Assurance, as when I finally found someone I could truly trust, I felt that I could actually live properly.
Top

At the moment I'm writing a fanfic to give Saki Enomoto (remember that April Fools joke on the blog?) her own route. The names I've thought of so far are:

I want my arc to be hard mode. Three strikes (wrong choices) and automatic bad end in the middle of Act 3. Also, the character's arc deals with music and humor rather than taking things seriously and learning how to take things as they go and dealing with them rather than to be angry and bitter. Music is also use as a way to escape and to express oneself.

The good ending CG is just my character giving the camera the middle finger while he/she gotta bottle of Hennessy in the other hand!
The bad ending CG is just a sad, depressing walking away scene.
Last edited by Snow_Storm on Sun Mar 11, 2012 11:18 pm, edited 1 time in total.
http://soundcloud.com/benjamin-a-snow/p ... f-complete
^My hip-hop flip sample of Painful History

I actually have "Be strong, Be patient." tattooed on me.
They're lyrics from a Devildriver song that have always appealed to my life, and happiness is what will come from my hard work!
Gouken: "We are like cherry blossoms, Ryu, meant to bloom gloriously, but only for a short time until our season has passed."
Akuma: "But for the weak, that season passes much sooner. For the weak, there is no glory!"
Top

Act 2: Enjoy
Act 3: Your New
Act 4: Waifu
What if life had a soundtrack similar to Katawa Shoujo's ?
Top 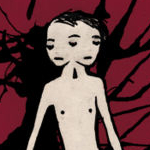 Act 2: Falling For Her (My freshman year I fell hard for someone and even after they rejected me, they kind of strung me along for a while, giving me hope, which leads into...)
Act 3: Falling Further (After realizing it was pointless, and generally becoming disenchanted with people Sophomore/Junior year, and I became pretty depressed for a while and it was a pretty dark time for me.)
Act 4: I Miss the Comfort in Being Sad ([Someone please get that reference...] Over the summer after my Junior year I wound up in summer school, where I met the girl I've now been with for two and a half years. I picked that title because sometimes I actually miss my high school days, even though they were depressing for the most part, just because I knew where I was going and had a good routine.)
Obligatory "Order in Which I Beat the Routes" Signature:
Emi - Rin - Shizune - Lilly - Hanako

Currently struggling my way through writing my first fan fiction (or any fiction for that matter) in years.
Top

Act 2: Burn Out
Act 3: The Picture
Act 4: Fade Away
There was nothing to fear, nothing to doubt.
Top

I think my story arc would mirror Hanako's a lot. I've been teased over my prominent nose my whole life. I am terrified of interacting with people despite desperately wanting to be. (Even afraid to raise my voice to ask others to step aside so I used to get off at later bus stops due to this)

Act 2: Broken (the picture is a a silhouette of a girl curled up crying in the corner next to a broken mirror)


I would be very withdrawn in this act and look on the verge of crying all the time. The MC would have to know that despite trying to always be alone, I prefer company.

(background info of me, feel free to skip) I feel very much broken due to a lot of health problems from being born almost a month earlier than expected. I was mute until I was 6 and I was going legally blind so I needed a lot of surgeries. I've been teased so much growing up (even by teachers) that I now believe those things. My nose was broken when I was little so when I talk I always sound stuffy like I have a cold. I picked up piano partially due to that a simple tap of a finger will hit a high note that my voice will never be able to. I also think that I am hideous due to being told so when younger. Some people say I look cute due to having the whole frail, nerdy bookworm look like Yomiko Readman, but I think they are just being nice.

Act 3: Fragmented (picture of two mirror shards pieced together like a puzzle)

The big issue is that the MC will think I'm not listening to them. Whenever I hear compliments, I must immediately shoot the compliment down and say something horrible about myself. Despite me vocalizing my hatred of my self, the compliments do mean a lot to me. So there will be problems where the MC feels it is hopeless and that I'm pushing them away which I tend to do.

The bad ending though will be the Hanako hanging pic. It will be received if the MC is unable to see past my defense mechanisms (shutting myself away from others, negative self talk) and believes that all they are doing is hopeless.

Act 4: Picking up the pieces (most of the mirror shards are placed back in the mirror with the silhouette standing in front of the newly fixed mirror)

I will be able to accept a compliment and my not often seen smile would be seen more.
Top

*hugs micechasekittens*
There was nothing to fear, nothing to doubt.
Top
Post Reply
93 posts