Up until I played Shizune's route, I had always thought of Kenji as an annoying prick. But...

As soon as I saw him take his glasses off and speak; his emotions and expressions just melted my heart.

Kenji is my 2D Husbando. <3
"Pick the path that your heart chooses."

for not write all again:
http://ks.renai.us/viewtopic.php?f=13&t=4836&start=30
but i always imagined who Kenji have a soft inside.Is a bordeline hikikomori...that say who he have problems with social interaction, then is more fragile than he want to show.That weird hints about his life? are jokes or real? or a mixture? some of that stories sound shoking or sad...even all that angry and crazy rant, he can be nice, funny, and had a good word in the right moment. (and he no hate womans, he hate feminists. (and some extreme feminists are really hateful, right?)
And he is cute per se (i like him with glasses and not; i have a thing for guys with glasses or vision problems)
Last edited by VIVI on Sun Jan 08, 2012 4:11 am, edited 1 time in total.
Top

I feel like Kenji is a pretty messed up guy. Like, inside. All twisted up, maybe. I feel sorry for him. I wish he were treated a little more seriously, but he's kind of a joke character. Even the brief moment in the game where he is treated seriously is a setup for a joke. Well, that's storytelling for you.
100% completion!
Whatever you do, be safe!
Top

I feel sad that, provided it doesn't happen in Lili's route, Kenji's left so miserable. When you play through multiple paths, you find out little tidbits of his backstory that make him seem more human. He's probably one "cute girl" from getting over his conspiracies, maybe.
Top

Also, Kenji mentioned having a girlfriend the year before 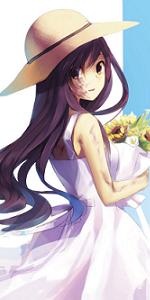 I feel more funny about how Hisao is able deal with the insane ideas of Kenji, and to actually strike a conversation with Kenji

My first thoughts of Kenji from the demo were things like "Leave me alone, paranoid boy!"

After his bad ending, I started to dislike him more. But as I played Shizune's path and learned more about his back story, he's actually a pretty cool guy, just paranoid. He hates feminists, NOT women.
Top 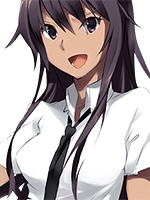 He annoyed me big time, at first at least. I would only read his lines because I didn't want to miss anything. Since I started playing Shizune's route, however, he has grown on me. The moment when he took of his glasses was almost... magical. As if the game wanted to say: this guy may be batshit insane, but there are parts of him that are normal, pleasant even. He will never be my favorite character in the game, but I like him better now than I did in the beginning.
Top

I agree, during the first act, he was 50/50 annoying-amusing, but playing the Shizune path, I'd say he's mostly just amusing, and it's nice to see that as messed up as he is, he does have his normal moments.
I call my avatar Emiyagi.
Like Emi.
If Emi were cool.
Top

Uhhh, excuse me, but how in the world does hating feminists instead of all women suddenly make it all better?
Top

Actually I would rather just hang out with Kenji more than engage in romantic relationship with any of the girls. I'm serious here. His dialogue was always top notch and I love his theme (theme as in theme song). The moment he took his glasses of ws very HNNGGG-ish for me. He looked so frail and melancholic for a second...

... But then he put them back of and he was back to being the old Kenji. Which is probably for the better.

I'm pretty close to hitting 100% and without a doubt I feel more... uh, 'emotionally'? involved with Kenji than any other character. We're totally friends now. I don't think there's anything even close towards me and any of the girls.

Add me to all those people who wanted to have a Kenji path (as in beyond the bad end from the demo). There should seriously be some fan project to create a game with him as the hero. It'd be easiest to make some wacky JRPG using RPG Maker but a stealth-y Spliner Cell/Thief/MGS-like game would be soo much better (and so much harder to do obviously).
Top

~~ wrote:Uhhh, excuse me, but how in the world does hating feminists instead of all women suddenly make it all better?

Because hating feminists is not descrimination,

feminists are all women, but not all women are feminists, this point may make this argument moot but it is also the basis of the argument.

Hating all women is much harder to understand and garner sympathy for, while hating ONLY feminists is far mroe understandable from a character development point of view.

In laymens terms hating a race is much harder to justify than hating a group.

Hating all women is comparable to the kkk hating all blacks,

hating feminists is comparable to the republicans disliking the democrats.
I believe that a man should not go back on his decisions,
But here I am deciding to break that one rule of manliness.
Because I would rather be thought less of as a man,
Then be lost as a person.
-Alexander. Infinity Ocean

I liked Kenji a lot actually... (Even though he got me killed in Act 1! lol).

In that scene where he shows up when you're with Rin, I'm like "Oh ****! If these two get into a deep conversation, the universe might implode from weirdness overload!" lol.
Was funny when he thought she was a boy and tried to recruit her though.

But yeah, Kenji is ok. I don't think it would have been quite the same without him.
Top

It would have been funny if there was something like a Kenji path. I don't mean a path in which Kenji is the romantic interest, but one in which it turns out that Kenji is right: There actually IS something like a feminist conspiracy guided by the Student Council and supported by all the heroines.

It doesn't need to be an entire path, just a couple of scenes leading to a bad end would have been enough.
Yuuko > Misha > Emi > Hanako > Lilly > Shizune > Rin
Top
Post Reply
38 posts