Babli wrote: I am from Europe, but I understand perfectly what you just described. And that is why I dont understand why devs decided to stick with this name even when they found out about what it really means.

By the way, what would be appropriate, polite word for "disabled" in japanese?


if he has difficulties walking,we would probably just say"彼は少し足が悪い"meaning"he has a minor problem with his leg"

the word 障害 meaning difficulty is rarely directed at a person,as it being too blunt a word and could be taken as a insult.
Top

The negative reactions from Japanese people remind me of the reaction from many English-speakers who have no previous familiarity with the game, which seems split between, "Haha what, a game where you fuck crippled girls? What is this sick fetish shit?" or, "Making something like this is demeaning to real disabled people." It is just judging a book by its cover, which in this case is to be expected of the Japanese -- since for those who are not fluent in English, the title of the "book" is the only part of it they can actually read.

I am personally much more dismayed by the angry backlash from many fans. Japan has its faults just like every country, but there is no call to insult them or call them hypocrites because the title "Katawa Shoujo" uses a word that is considered crass or insensitive. It's a faux pas stemming from the original inspiration for the project, which the developers presumably did not realize due to not speaking Japanese. The reaction should not be, "Japan has no right to criticize this title because they are perverts who make tentacle rape hentai!" just as the reaction to an American prejudging it shouldn't be, "Well clearly you have no respect for the disabled if you aren't willing to even read it!"

Perhaps the people who are translating it will choose a more polite title, or just write it in English as "Disability Girls."

My friend told me that she actually liked the title, as it had the effect of forcing you to look beyond the title (in the same way you would look beyond a disability) and reach the girl - there's even a trope for it.

Honestly overall I don't see the Japanese KS reaction as any different from the English-speakers' reaction. It's basically the same across borders.
Top

I'm a bit surprised that the closest comparable situation that Americans would feel the same about hasn't been brought up. No offense meant, but if someone did a romance game with black girls named Nigger Chicks. If it was believed that white people made the game, I imagine there would be a similar outcry.
Top

Just to repeat what has been said before, Sankaku Complex may have a header titled as "News" but it's not a news site.
Have a proper look at a few of his "articles" and you'll soon notice they're just made to draw a strong reaction out of the reader.
The same concept that every tabloid is based on.

You can read it for fun just as I do but taking it at face value is not very clever.
Top

"Cripple Girls" would be a much better analogy.
Top

"Cripple Girls" would be a much better analogy.

Not in terms of the anger it seems to bring. Gimp girls might, but I doubt it. It just doesn't seem to be bothering people as much over here from what I've seen.
Top

"Cripple Girls" would be a much better analogy.

This is going to be rambling and I'm not really sure what the point is that I'm trying to make.

From what I've been able to piece together so far, "nigger" really does seem more comparable in terms of the kind of reaction that's drawn, if not the degree (there's a sense in which the degree can never sanely be compared, simply because the culture is different). It's not a profanity; it's a slur. The implication is "this person is an undesirable member of society". The closest cultural analogy we have in the west is the whole slavery thing, really. Just the fact that it's taken this long for the word "nigger" to come up in discussion here (I'd been thinking about the parallel for some time, for what it's worth) says something.

There's something different about offensive language between friends or in a casual context (although it still isn't really okay) and using it in the title of a serious work offered to the public, no matter what kind of offensive language it is. Context matters. Even when it comes to something as simple as a "yo mama" joke, there are those who will react viscerally and even violently; and those who are absolutely gobsmacked that the first group of people exist. That said, the title was handed down, along with the original sketches, from a Japanese artist. I think that's a more important thing to focus on than "herp derp Japan has tentacle rape incest hentai coming out its ears" (when that, too, is a niche market).

I get the impression that RAITA was going for shock value here; what little else I've seen of the circle's work suggests that they... like to push a few boundaries, pretty firmly. Which in a sense is perfectly fine; this is after all about artwork, and artists aren't doing their job if they aren't occasionally forcing people to question their perceptions, to come face-to-face with what they find most offensive. It's like how Holocaust museums in Germany don't glorify in the slightest, but instead force a full understanding of the regret.

I like the idea of the Japanese translation being titled in English. I don't know if it would really carry the same impact, but then my perception is coloured by the fact that I speak English and not Japanese.
Top

ttestagr wrote:Not in terms of the anger it seems to bring.

Everything I've seen on the topic -- including the Japanese guy who posted upthread -- suggests that the "anger" is being exaggerated. Sankaku is just about the exact opposite of a reliable source.

"Cripple" isn't a very nice word in English; it's certainly not something you'd call someone to their face, and most people would look at you askance for using it even in private to describe a disabled person.

edit: But ultimately, what's done is done. "Foreign-language title not chosen by native speakers has unfortunate implications" is regrettable, but is also something that can easily be addressed when a localized version is produced.
Top

Zahlman wrote:I like the idea of the Japanese translation being titled in English. I don't know if it would really carry the same impact, but then my perception is coloured by the fact that I speak English and not Japanese.

I don't see much point in this at this late hour. At this point, the game is so infamous amongst Japanese for its offensive title that were you to rename it "Cripple Girls," even with the subtext "クリップル・ガールズ," I'm not convinced that amongst fans it wouldn't be known as "the game formerly known as Katawa Shoujo" or "the game known in the West as Katawa Shoujo," etc. Just like with anime where fans still refer to things by their Japanese names, especially when the English renamings are very poor. (E.g. Even in this country, people call it Higurashi no Naku Koro ni or simply Higurashi for short. Nobody calls it "When They Cry.")

The devs were confronted with a choice: They ultimately went with Choice A. Discussing this now, while enlightening for us as fans, doesn't really accomplish much for the KS project here or in Japan. What's done is done and the game will pretty much forever be known as Katawa Shoujo or The Game Formerly Known As Katawa Shoujo, one or the other.


Aster Selene wrote:My friend told me that she actually liked the title, as it had the effect of forcing you to look beyond the title (in the same way you would look beyond a disability) and reach the girl - there's even a trope for it.

I've had the exact same thought about the title, but I'm not entirely sure that if I were born and raised in Japan that I would have been able to do this. This is really one of those Foot in the Door vs. Door in the Face dilemmas where ... Most of us native speakers of English have the benefit of having experienced the Foot in the Door phenomenon with regards to this slur, but unfortunately for most Japanese it's going to be the exact opposite circumstance. Quite the hurdle to overcome indeed.
Top

One other thing to consider is that quite a few people would be put off by the subject matter regardless, even if the title were something more subtle, like "Broken Hearts" or what-have-you.
Top

I think it was right to stick with the original name. In the end, a word is what you associate with it. A black man may be called a black person, a colored man, an Afro-American, a negro, a nigger - it's all the same to me, since it just describes a black man, and this is nothing I find disgusting, so none of these words offend me. You don't get the racism out of a racist by forcing him to use another word, one that is deemed "politically correct" - any word he uses will carry a negative meaning for him. I think by using the - generally considered - most derogative term and then showing the positive meaning behind it, the full meaning of the word, the person behind the word, it has a way bigger impact. KS did a very good job in that regard, so there's nothing to be ashamed of.
Top 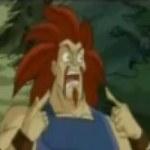 If humanity can't get over it's own anxieties over WORDS than I fear for our future.

Words. That's it. They are words.

You are offended? So? What are you going to do about it? OH I'M OFFENDED. I WOKE UP LATER AND HAD LEPROSY. I'M OFFENDED.
The sky changes every day but it always stays the same. Humans don't have that luxury.

Nivrin wrote:If humanity can't get over it's own anxieties over WORDS than I fear for our future.

Words. That's it. They are words.

You are offended? So? What are you going to do about it? OH I'M OFFENDED. I WOKE UP LATER AND HAD LEPROSY. I'M OFFENDED.

I feel bad for Hanako cuz it seems that she's better off by the end of the game when you pick Lilly's route as opposed to her own.
Akira X Hanako shipper :3
Top
Post Reply
121 posts