My God, this just confirms my love of Shizune. I'm only at the cafe, and I can't help but smile at her and Misha's antics.
静音是买外夫
Top

Lily. I'm not into the socially awkward, hyperactive, leader-type woman. I prefer more subtle, gentle and kind woman. Plus I can totally relate to Lily, I'm not completely blind but I am color blind...Ironically when registering the confirmation image bullcrap was like 'If you are visually impaired contact the forum administrator.' Luckily I guessed correctly after a good 4-5 tries.
Top

Hanako... God damn reclusive, moeblobs
Lily was a close second, real close, like I regret the fact that there is only one choice per vote.
Top 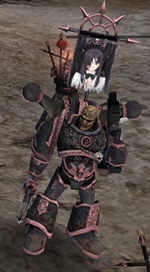 Hanako is so fucking adorable and sad you just want to give her a big hug. Emi is my second because she inspires others with her ability to overcome her disability, Her delicious thighs are just the icing on the cake
Top

I came into this thinking the only correct answer is Hanako, but... After playing through a few times and seeing more of the characters, I think I actually like Lilly better.

Shizune and Rin are tied for third place, in their own special ways.
Top

I appreciate Rin wholeheartedly. I very much enjoy the thoughtful character, focused on something that seems alien to others.
I'm NoIdea on IRC if anyone is looking for me.
Top

Rin seemed the most interesting to me. I like her independent and straightforward attitude. Plus I wouldn't mind seeing what she would be able to do with her feet in the ero scenes!

Emi and Shizune is tied for second for me. I really don't see why you guys like Hanako so much. Her shyness doesn't really do anything for me.
Top

I want to say Misha but there really isn't much to her in the demo. I love genki but she hardly stood out on her own. The route (understandably) seemed much more about Shizune than Misha. It's almost unfair to even have her in this poll.

Of the 5 main girls, my order is as follows:
Rin - I've always liked artistic girls. Her strangeness just makes me like her even more.

Shizune - I have no good explanation. Maybe her character seemed deeper than the rest. Maybe it's the mystery since you don't really get to know her all that well because you don't talk directly to her and she always shares screentime with Misha. Maybe it's how well her and Misha work together as a team. I do really like her route so far.

Lilly - She seemed a bit too prim and proper for my tastes but seemed to lighten up towards the end of the demo.

Emi - I expected (and wanted) her to be a little more genki. Instead she seemed more like the imouto type. Not my thing.
Top

Hanako, I just want to hug her and keep her as my own. Lilly is strangely second, usually I don't like the prim and proper types, but she's really freaking beautiful. Shizune is third, glasses + tsundere is a lethal combo.

Misha and Emi are near the bottom, I was never one for the hyper type. Rin is...floating in the ether. That's fitting for her.
Top

What can I say, I've liked Hanako since first seeing her on that sketch page so long ago. She's probably going to be my favorite no matter what happens.

It's not that I like broken girls or something. It's more that she is the type of girl that, once she is comfortable with you, seems like she would be incredibly easy to waste a lot of time with. That and the prospect of cuddling her is hard to ignore.
Top

Yay, I'm going to rant about the girls.
Man like omg Hanako, she's one of my favorites but talk about being shy, damn. I'm just going to assume that everyone in this thread is rooting for the girl that they want to go out with in real life and I'm just going to say that for everyone who likes Hanako, wow. I didn't realize she's way up there at this point, almost half the votes too. I mean I like Hanako, but going out with a nervous wreck means you're doing all the work in the relationship. Plus she seems to be easy bait for predators, which is what I find most disturbing about her. Everything else about her is fine really just that last tidbit that scares me along with the high votes she's got.
Rin is my second favorite, and in the polls is now second place, but to me she's not someone I'd like to make a permanent girlfriend for two reasons. Her body makeup, wouldn't you want to go out with someone who could hug you back? That's just me. Second, I love her personality, but when I think of her I think of Napolean Dynomite/Independent movie girls who just either are just plain too simple on the outside or just way too bizzare on the inside, sometimes both. I would just think I'd be hard to get intimate with someone like that but despite that they'd still be someone I'd like to know for life. I don't know, she's confusing and I'm just borderline with her.
Yay my favorite, Lily. Probably the simpliest character in the game but even behind that simpleness there's a wrought in her heart. I see that most people don't like her pompous personality but maybe I like her because she resembles someone else I still hold dear to my heart, except she's not blind. Plus I always had a curiousity for blind people, just one week I want to walk around with opening my eyes just to experience how it's like not to see. Ya I know I'm weird, shut up.
Emi, she reminds me of a loli. I'd hang out with her but I see no romance. Then again there's people for her but whatever.
Shizune, she's technically one of my favorites now but I'm still quite interested in her. I just wish I could have Hisao learn asl, jsl whatever, so we can have Misha out of the picture. But when that happens and I learn more about Shizune she'd definately be someone I'd probably be interested, and she seems like she'd be the tsundere type, yay.
Top

Hanako is my favorite so far, though I have to wonder how the real game will differ from the demo.
Top

There's something odd about her that just magnetically attracts me. Maybe it's cause she seems much more vulnerable and hence makes you want to protect her more? I dunno lol, but Lily comes a close second, due to her gentle nature and calm personality.
The game.
You have lost it.
Top
Post Reply
956 posts