Rednal wrote:I hope it'll be out in the next month...

Hahaha, NO. I can assure you this much. Sorry.

And since I'm not a dev and I didn't post here before, yeah, still chendo's fault.

Three of the paths being in post-production is at least a good sign, though. *Sweatdrop* I wanna play it. Can you blame me for hoping?

found this on 4chan way back..
Top

I read this game at 2ch.
Because it starts, I thought that it is a joke, so I was surprised to know.
Top 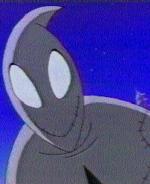 I remembered seeing the image on 4ch a long time ago. I thought the idea was clever and decided to save it in some obscure folder. I always googled the name to see if this was real or not whenever I was looking through folders and saw the image. When I found out this was actually in the works, I was surprised.
Top

How the heck did you find yourself here? Blog? 4chan post? Long-time lurker? Now's your time to shine!

Well let's see. Do you want the long version, the short version, or the short, short version? The long version begins with "In the beginning, the universe was created. This has widely been regarded as a bad move" and proceeds from there until we come to me, and my melodious bout of serendipidity in checking http://www.animenation.com's newsblog to see the article about the launch of the homepage.

As to why I'm sticking around if I'm not on the dev team: *shrug* misery loves company, I guess. I used to have delusions of writing a visual novel myself, once I actually discovered the joys of playing them. (Actually my first delusion was to write a light novel version of an existing VN "Amusement Park" (to use its English release title or "Yu u e n chi" in Nihongo) Of course this was before I actually started to write my own episode-driven, anime-inspired Teen Heart school life romance stories, and discovered how much more complicated the actual writing of a story is compared to the initial flash of inutiive insight that births the story. (sort of like how quickly the Greeks could launch their 1000 ships, and how long the actual war took) and how easy it is to distract myself from actually finishing a story. At last count I have 18 stories in various shades of developement labeled either "Shonen Write!" or "Dear My Shoujo" plus a file of half-baked ideas for other stories, including a story that involves wearing the Kilt. Actually you think I would have learned my lesson the hard way from when I wrote Tenchi Muyo Fanfiction (I still have about 14 stories in various stages of completion which I still intend to finish someday) and before that Anne Rice Vampire Chronicles Fanfiction (there are very good reasons why you DON'T try to resurrect Claudia, my fic was one of them). Then again part of my problem with finishing Fanfiction projects is my desire to make things as near-Canon as possible, so the devil in the details really comes out. and I spent more time researching Japanese culture and Japanese grammar than writing the bloody fic, and then the next idea came along and well, the first story got pushed back and so on. (Ahh..if only I had the discipline of set deadlines to meet, then I could actually finish a story or two.) Though if anybody wants to actually read something, drop me a line (I won't hold my breath though) as I do have two completed stories: one a self-introspective Aeka fic about the day she first fell in love with Tenchi, and, an original short story entitled "Under the Red Umbrella" about a girl allergic to the sun who goes everywhere under a red umbrella with a childhood friend -which is still waiting for a good pre-reader.

And here I go rambing on, writing stuff nobody cares to read. Y'all don't even know me, so I don't know why I even wrote this much, Oh well...insomnia is great for the stirring of ye olde creative juices. Now where was I...oh "I uh kind of lost my train of thought. uh wel anyway.. I know its kind of a roundabout way of saying it, but I guess the whole point I'm trying to make here is I HATE SAURKRAUT" oh wait, wrong punchline
Top

Randomly trolling the interwebs for something, I found a site called called Animekon, which had an article on Katawa Shoujo. The game sounded ridiculously awesome, so here I am. That answer you question?
Kenji - "It was like that, but with poo."
Top

Thanks, anon who had too much money on Paypal!
<Aura> would you squeeze a warm PVC bottle between your thighs and call it "manaka-chan"
<Suriko> I would do it if it wouldn't be so hard to explain to my parents
Top

Thanks, anon who had too much money on Paypal!

No problems. I was in a generous mood that day.
Top

Some chap posted a thread about the game at a Swedish forum, i thought the idea was so awesome that i decided to register here.
I say, additional crackfics are in order.

Saw about it in /a/ a long time ago, then it resurfaced in /jp/ and caught my interest, given a new-found curiosity in visual novels.
Top

I lurk both /a/ and /jp/ occasionally, but never noticed it there (and two years ago I haven't been there, so...)
Czech translation: ui_strings, Monday complete, Tuesday IP (15%)
Shy ~ Purple hair lover ~ Iconist ~ Banner maker ~ Stupid romantic that often gets hurt
Top

I just found this today and joined just to make this post.

I'm not entirely sure how I found it, I was doing multiple things at the same with with several tabs opened in firefox... I was on the Lurkmore wiki, and then somehow I ended up doing a google search for something which lead me to a news post saying /a/ was making a game named Katawa Shoujo and I was all "no wai wtf how'd I miss THAT?!" which lead me to here.

Now allow me to check my browser's history for more specifics...

sorry, was being destracted by another tab. (go figure)

Alright, here's the sequence of events:

And get this - when I saw the images for the girls and I FREAKED OUT. I've had the original colored concept image saved on my HDD since 2007! It was posted on Gurochan's /f/ board. I didn't know that people were actually turning the concept into a reality! DEVELOPERS, YOU WIN MY 9000+ INTERNETS.

Also, whoever composed the music, you get a very special thanks for not using dynamic range compression and amplification to the point of weak dynamics and clipping waveforms.

EDIT: oh, and the reason I used google.co.jp is that I have all the google sites (gmail, youtube, etc.) in japanese in an attempt to improve my reading skills.
Last edited by Nintendo Maniac 64 on Sun Apr 26, 2009 12:00 am, edited 2 times in total.
Katawa Shoujo's resident straight male kuutsundere.
(because just "tsundere" makes people think of "Shana clones" *shivers*)