I'm not entirely sure you get the idea of a good and bad endings. It's more like Hisao End and Independent End

It's Kosher, what else did ya expect? 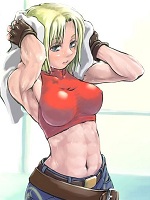 Shizune will attempt to conquer the world or engage in some amazing adventures then get bored with it or something similar and retire young. Hisao by this point will either be dead or have become some kinda badass sidekick.
Top

Or they could all just get jobs totally not related to their current position in life, as "World Dominator" was not really an open job back in 2007 like it is today 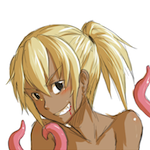 Felinon wrote:Shizune = Unknown- She is a leader, however Misha won't always be there. You can't also expect a company to hire a translator when many leadership positions require direct and clear orders. If a company does hire a personal translator, if that translator misinterprets what was being said it can destroy a company.

Or the company hires a translator that is capable of doing their fucking job. Or Shizune communicates mainly through writing. She went to school with a legless track star and an armless painter, remember. Whatever difficulties she finds won't be insurmountable.

scott1and wrote:Or they could all just get jobs totally not related to their current position in life, as "World Dominator" was not really an open job back in 2007 like it is today

You think something like that would stop Empress Shizune the Magnificent?

Misha: A beloved comedian, known for her multilingual wordplay. Her distinctive laugh and hairstyle become a mainstream meme subject to frequent parodies.