It's from Hijotsu Chapter 1. If you read the whole thing, you can find even better pics, especially all those Shizune-specific facial expressions.
(and no, I don't know what language this is, I just grabbed the first pic I found)

by SpunkySix
I don't understand what they're saying, so I'll assume it's about building booths.

by Oddball
Sounds like a logical conclusion to me.

by AaronIsCrunchy
I have no doubt that these have been brought before, but I was watching Hidamari Sketch and noticed these two came up ^_^ 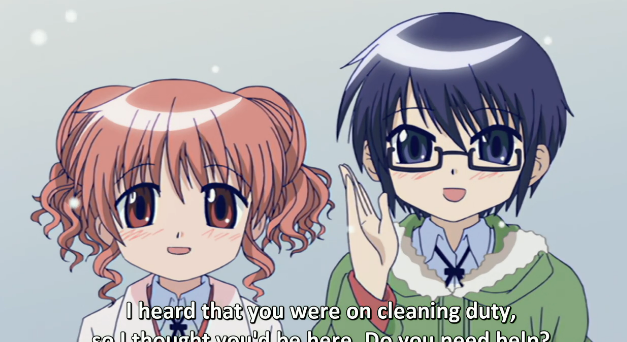 Re: Arachne Got Back

O-M-G. Becky. Look at his post- LEARN HOW TO QUOTE YOU MORON

Sorry, not much of an ass person. Or a spider person.

Aww there's nothing wrong with admitting you're an Ass Man. I mean, everyone is pretty okay when I say that I'm a Spider-Man.

What the fuck did you just fucking say about me, you little bitch? I’ll have you know I graduated top of my class in the Doujinshi Arts, and I’ve been involved in numerous secret Ota-cons on Shadow Moses, and I have over 300 confirmed waifus. I am trained in anime warfare and I’m the top manga-artist in the entire NERV armed forces. ("It's NERV or nothin'!") You are nothing to me but just another weeaboo. I will wipe you the fuck out with precision the likes of which has never been seen before on this beige ecchi forum, mark my fucking words. You think you can get away with making unenlightened Serious Business remarks to me over the Internets? Think again, fucker. As we speak I am contacting my secret network of doujinshi aficionados in the NSA, CIA and the U.S. Fish and Wildlife Service and your IP is being traced right now so you better prepare for the storm, you filthy casual. The storm that wipes out that pathetic little thing you share with a pillow-waifu and call a laifu. You’re fucking dead, nyoro~n. I can be anywhere, anytime, as long as I have my Internet connection, and I can kill you in over seven hundred ways from Sunday, and that’s just with one of my bear hands (the other I will use to draw the scene while I'm beating you senseless). Not only am I extensively trained in the mysterious ways of amateur manga, but I have access to the entire arsenal of the Time Space Administration Bureau and I will have every magical lesbian unleash their full extent to wipe your miserable ass off the face of every possible choice-based VN timeline, you little shit. If only you could have known what unholy retribution your little “clever” comment was about to bring down upon you, maybe you would have held your fucking tongue. But you couldn’t, you didn’t, and now you’re paying the price, you goddamn idiot. I will fanwank fury all over you and you will drown in it. You’re fucking dead, baka.

TL;DR: yeah, I know. I knew about the doujinshi long before it was mainstream. Back when each monster girl was with one of eight (or so?) identical brothers. I was also aware of the other different versions of the monster girl-themed doujinshis, and one doujinshi even featuring a carnivorous plant-monster girl together with a moth/butterfly-monster girl.

And while I'm here, check out the exhibitionist guy on the far left.

I realise that all of the above might have upset some of you who are... more cultured than others, so have an Emi in a box.

Emi?! You can haz nekomimi too?

Re: O-M-G. Becky. Look at his post- LEARN HOW TO QUOTE YOU M

Her legs are hanging out of the box. You might need to shorten them somehow so they fit...

Should be pretty obvious 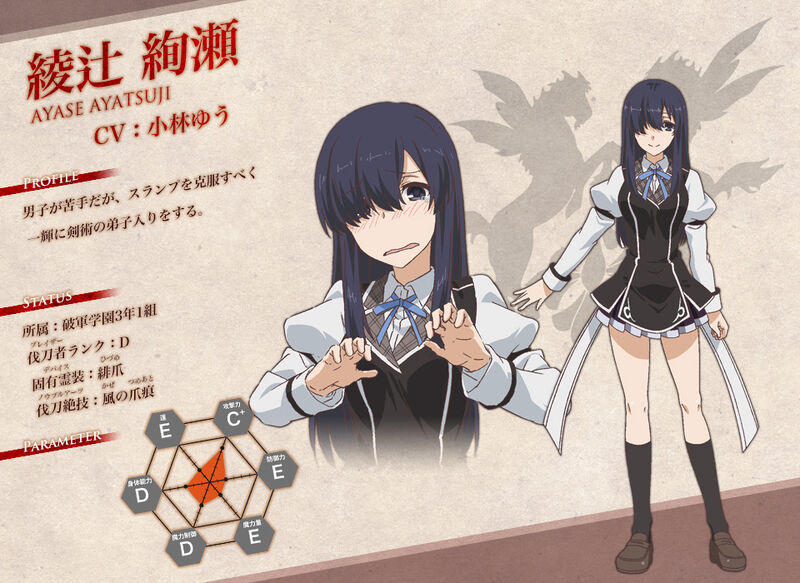 Heck even the uniform has puffy sleeves similar to Yamaku's.

AaronIsCrunchy wrote:I have no doubt that these have been brought before, but I was watching Hidamari Sketch and noticed these two came up ^_^

I can definitely see Sae as Shizune physically. However she doesnt have the matching competitive attitude.

I can definitely see Hanako in that. It looks amazingly like her too just without the burns.

by Sharp-O
Having just watched her focus episode, I can confirm that this girl is Hanako. Now if you'll excuse her, she's GOTTAGODOSOMETHING 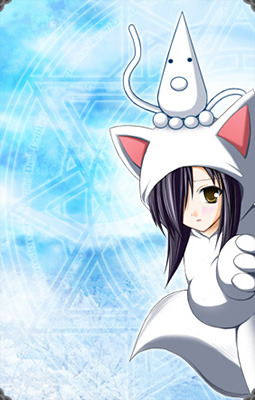 
or Hanako in funky pajamas?

Maybe it's Hanako cosplaying as Schwer-Muta. 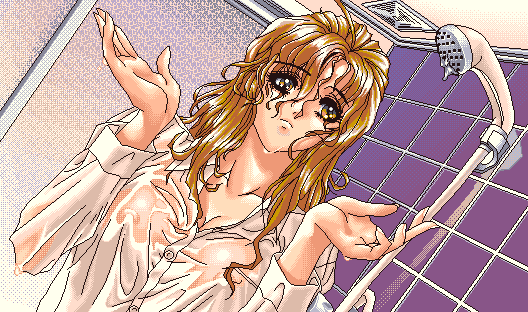 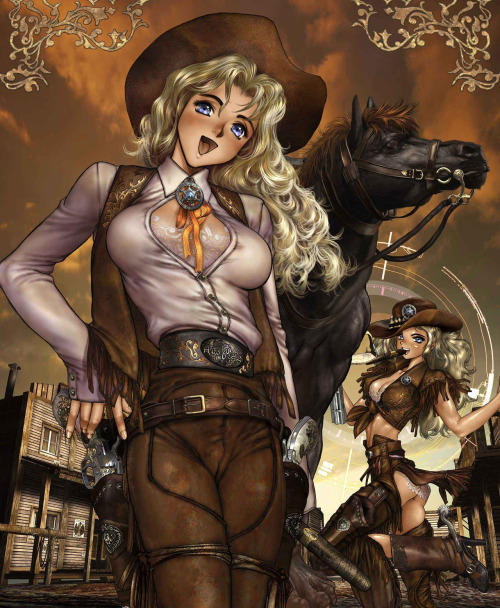 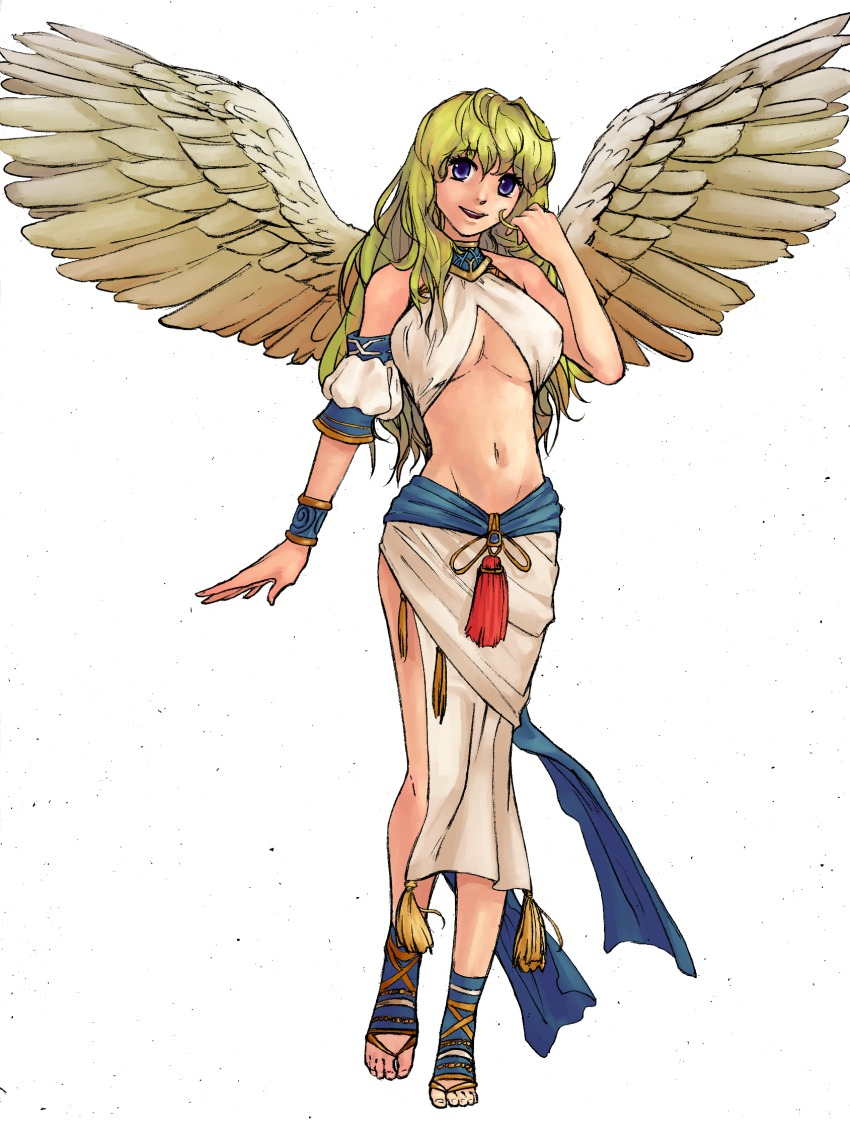