I was just wondering... anyone who's checked the blog or the webpage will see that Emi has got new sprites. She certainly looks more mature now, and the art looks overall more consistent. As far as I know, Ambi07 is still the artist, although I might be wrong about it.

Nevertheless, I wanted to know your opinions about it. Do you like this version better? Did you prefer the other one? As a whole, I think that these sprites look better and more detailed, although I kind of miss the cuteness of the last design, which I don't think this new Emi has (at least, not as much as our old Emi). However, it certainly seems like she will be more popular now!

What do you think?
Top

It's kinda...weird seeing her 'new self', since I've played the demo so often that I'm used to the old Emi. But overall, I like the new version. She looks much cuter, I think.
Though I'm still no fan of Emi...^^;
Misha worshipper to the core. WAHAHAHA~

Since I was no bigger than a weavil they've been saying I was evil
That if "bad" was a boot that I'd fit it
That I'm a wicked young lady, but I've been trying hard lately
O fuck it! I'm a monster! I admit it!
Top

The hair is definitely an improvement. The height increase, not so much, but I doubt I would've noticed it in gameplay without being told ahead of time. Overall, I like it.

i..um..d-did always think she looked to, young...i think it looks good...
once, I said nothing...and so much has changed since that day.
Top

Oh wow this isn't a Christmas fool's joke. Unless it is.

But yea as an Emi hopeful I think I like the design. Seems more human and less otaku-bait. She looks a little thin there but this is just based off 1 picture.

I'm wondering if her character progression is going to be less otaku-bait as well (good thing).
Top

The old sprite had a strange upper body shape. It just seemed very rectangular and huge in comparison to her lower half, which was especially odd considering her lack of detectable mammary tissue.
"Leo Burnett and 4Kids are the devil!"
Top

Personaly I prefer Emi to look more her age. It is a pitty they had to re-do all that work but I realy think it will make KS a better VN. Redrawing her sprites makes her a bit less cardboard cut-out "loli" and a touch more a rounded charcacter. Just my opinion as an Emi fan. I freely admit my bias towards her.

Keeping in mind what TheHivemind said in an earlier thread:


TheHivemind wrote:The sex, for example, will be hilarious. Or excellent. Or both.

and now seeing the new sprites for Emi, I believe her path seems to be even more promising.
Ahh, Morticia? I would die for her. I would kill for her. Either way, what bliss.
Top

To be honest, I'm going to need some time to accept this new transition. Personally, I like the old sprite better. More cute and happy; not digging the mature air. 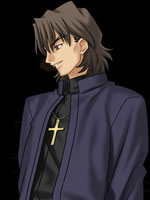 As has been said, this change stops the pedo otaku bait look that she had previously, and matches the general art style of KS much better then the psuedololi. She looks more mature, and has the same child-like air. She can get dead serious, and that just seemed like pedo bait in the demo with the old look. I didnt like Emi before because of how cliche she looked, but this new look makes me like her just as much as I like Hanako.
Top

Personally I like it. I've always really liked Emi, but never liked how loli she looked.

Ehhh....can't decide. Side-by-side comparison?
This one needs to lurk moar. This one lurks too much! Ahh, this one lurks juuuuust enuf.
Katawa Haha: Disability Mothers
From Shizune's Perspective: a fanfic
Top

I like it a ton more. She's exactly 2.1 times hotter now