When you talk about "Cripple Girls" as an idea for a dating sim, it sounds offensive...but if you've actually played the game, it's not.

Here's a place to talk about ideas that seem terrible on the outside, but for whatever reason are much more acceptable once explained.


Here's one. You're a guard at a Nazi Deathcamp in WWII. Like many Germans, it's much easier to look away from what's going on, but you just can't do it. Still, fear of being punished by the regime for feeling for the Jews keeps you in line.

You soon meet many of the women kept in the camp, and come to love them. As their departure time draws closer and closer, you realize you can only save one.

Do you live life with all of them as best you can before they die, or do you fight to save just one? Epilogue: You're living a nice family life with your waifu, or wandering from whiplash after the regime collapses.

"Juden Mädchen"?
<Aura> would you squeeze a warm PVC bottle between your thighs and call it "manaka-chan"
<Suriko> I would do it if it wouldn't be so hard to explain to my parents
Top

Certainly would be to the same flavor as Katawa Shoujo. 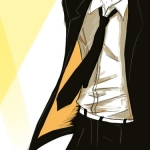 I'm German myself and I'm sure this wouldn't work...

(All you have to do is watch some of the pictures and films that were made by the allied and soviet soldiers...)

However, I think it could perhaps work, if you place the story in a pre-war timeframe in the early 1930s... The main character has to decide between the improvements the Nationalists are doing for his country and the downsides his friends of different "races" (?) have to face. Also he dosen't really know whom he can trust... etc.

It's a really differnt setting though, because in Katawa Shoujo there is no one to blame for their disabilities. As far as I know all were either born with them or got them through some kind of accident.

Sounds indeed strange for a German...
"The end of the world as we know it. Like weekends usually are, but more dire. Much more dire."
- Rin Tezuka
Top

I can imagine this being done but I think it can hardly be done right.

People living at that time had a whole different mindset they believed in things like the masterrace or Aryan suppremacy. Addtional to that a concentration camp guard at that time would have been subjected to years of anti-semitic propaganda and these circumstances are hard to portray and even harder to abandon in a realistic way.

From our perspective it could certainly be done but I imagine it would be extremely hard to write such a game because the historical feel is really hard to establish and to maintain.

Now, I think there could be a rape/military/submission/starving/necrophiliac- fetish game based on the bordellos (fitted with female inmates) that have been known to exist in some concentration camps.

I think that this idea is not very feasible but when someone really wants it I suppose it could be produced - suum cuique.
Ahh, Morticia? I would die for her. I would kill for her. Either way, what bliss.
Top

Kota wrote:Here's a place to talk about ideas that seem terrible on the outside, but for whatever reason are much more acceptable once explained.

Here's one. You're a guard at a Nazi Deathcamp in WWII. Like many Germans, it's much easier to look away from what's going on, but you just can't do it. Still, fear of being punished by the regime for feeling for the Jews keeps you in line.

The problem is technical, not an issue of bad taste.

KS succeeds because of the surprise disparity between the expectation and the reality: the expectation is a tasteless H-game where you're healthy and all the girls are moeblobs grateful for your he-man dickings. The reality is that you enter the world on the other characters' level (if not a step below), these characters are three-dimensional high school girls first (cripples dead last) who will have to be romanced just like any other, and fucking is likely to kill you if you don't play your cards right. This is where the writers made RAITA's idea brilliant.

To make "Juden Mädchen" work on the same level, the guard would himself have to be secretly Jewish and endangered by his harem all knowing and threatening to expose him. As you can imagine, this idea has plot holes all over it. Also, you'd be killed for making it.
Top

I liked my idea better.

In Bel-Air California, born and raised
Down at the prep school I spent most of my days.
Top

Yeah... I'm not really sure ANYONE could make a dating sim in a concentration camp w/ the main protagonist as a Nazi commandant work.

Firstly, this sort of thing has been done:

DAMN YOU RULE 34! I haven't seen it, but most reviews I've seen say it's horribly tasteless and vile, and I can never bring myself to see it because, being a total net head, I know that once you see something, you can never unsee it. So everyone here from the chans should love it. Everyone else...no just no. Secondly, I've heard rumors of a FFVII fan fic where Cloud was an SS officer and Tifa was a Jewish captive under his supervision. I also heard it was godawful.

In short, scenarios like the ones you suggested have been done...but never, ever as tastefully as KS has handled dating disabled girls. And I somehow doubt it ever will.
Top

I'd buy it.
These fermions smell positively ionic.
Top

Since the topic allows it why not making an eroge about homeless people.

There are already some games like YMK that are working with social problems but I think this one would be a nice subversion to the generic moe characters that one sees nowadays.

Basically it would have the same message as KS explaining that these people can be in love as well. Still, it would be much darker and yet much lighter if someone can portray it right.

Now I feel kind of ashamed to wish to know how a homeless person sees the world through the rose-tinted glasses of love.

I'd buy all ideas in this thread. Even the ones that haven't been posted yet.
Top

Deimos wrote:Normal outlook on life:The world your place to sleep AND your toilet.


Despair Sensei wrote:Firstly, this sort of thing has been done:

Well, they didn't have 4chan yet.
Top

Deimos wrote:Normal outlook on life:The world your place to sleep AND your toilet.

Forgive me, it has been edited now.
Ahh, Morticia? I would die for her. I would kill for her. Either way, what bliss.
Top
Post Reply
14 posts • Page 1 of 1