I apologize for that. I do think it still has some purpose though, although nearly every scenario involving Misha's dis has been done. As for me, I honestly wouldn't get angry if it wasn't explained. Now, if they kept it an arm's length throughout and it was shown some form of acknowledgement, that might get me curious, but if it never really came into play, I don't think I'd be bothered. We've seen already that with some of the students there, they don't have a spotlight on their disability, either by their own adaptation towards it (Emi and Lilly), or by it not being so obvious (as with Hisao's) As long as their wasn't an epilogue that goes "Then Misha dropped dead." I'd be okay with them not explaining. It'd be like the briefcase in Pulp Fiction. There's something there, but WHAT is there isn't the important thing, just THAT something is there.

Maybe she has Lupis? (I'm sure this has appeared somewhere else in the thread)
Nothing that will ever come out of my mind will ever interest you in any way. So please, don't read this, because the twenty seconds it takes you to read this will forever haunt you. In this time you could have been looking at a rainbow, or telling someone close to you that you love them. This is not deep or thoughtful, and all it will ever amount to is words and a period.
Top

Someone at the start mentioned she might have a "bionic ear". Well I don't think she'll have research tech but a cochlear implant? That is certainly not out of the question. I've seen plenty of schoolkids in the UK with them over the years living fairly normal lives.

So hypothetical. Which has probly been said here before.

Misha starts going deaf. Really badly so. So she starts learning to sign and gets transferred to the school. Maybe even spends some time pretty much completely deaf (as someone who warrants that implant would be). Then her new doctor at the hospital near the school says "Hang on...we can do something about this. Your previous doc was a fucking berk it seems." So she receives an implant and BOOM! she can hear. Although her ability to discern volume is a bit wack (they can take years to be adjusted properly and even then theres still bugs).

So yes the implant lets her hear but she had already transferred, was still classed as deaf/hard of hearing legally and needed frequent trips to see some specialists who adjust the implant and check for damage from it. As such they said "ah sod it chaps let her stay"
Top

Folves wrote:Maybe she has Lupis? (I'm sure this has appeared somewhere else in the thread)

It has, and it was even spelled correctly back then. 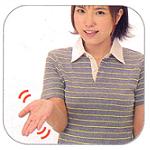 Throwing my vote in with the AS theorists.

The Epileptic Tree logic behind my guess? "Active but odd" social behavior, volume control issues, and failure to react to body language (particularly noticeable when she 'terps for Shizune). It's not uncommon these days for kids with Autism Spectrum Disorders to be taught a bit of Sign Language as an alternate means of communication - and while Misha certainly isn't impaired enough by her hypothetical AS to have communication issues, she may have previously gone to a school for autistic children where it was routinely taught. It's also pretty well-known that ASD's have a high incidence of co-morbidity with other conditions, such as epilepsy, Tuberous Sclerosis, lethal food allergies, and severe gastrointestinal problems - all of which could warrant enrollment in a school with an on-call medical staff.

I WOULD buy the Cochlear Implant suggestion, but the truth is that CI transmitters are REALLY obvious, and there's no way it could function properly if hers was somehow hidden under those massive pigtails. Her being HoH or having an inner ear problem makes sense, but they didn't jump out at me the way AS did, and don't quite seem to explain everything. Degenerative hearing loss doesn't make sense to me - Shizune's way too shrewd to have her sole 'terp be someone who's going to lose her hearing. Some sort of other degenerative disoder COULD make sense, but in the time it takes to diagnose and make arrangements for that sort of thing, she would have started showing noticeable symptoms. I'm not the only one who made that mistake then...
Shizune apologist, Rin fan, semipro visual novelist, noted attention whore

She has two appendixes.

This is a serious problem, it doubles her likelyhood of developing appendicitis.
Top

It's presumptuous of me to guess what the devteam is thinking, but that and the aphasia theory are just damn useful for fanfic.
Shizune apologist, Rin fan, semipro visual novelist, noted attention whore

Misha's disability is being registered to Facepunch.
Im in your house, kicking your ass.
Top

I think may be her familly had a speaking problem . Both her parents are muted so when she was born , she muted too. Her parents were so worried about her so they get she to the doctor. Fortunately, the doctor have the solution when she was 5. But it's never done before so at the end Misha can talk but it's still difficult for her to control her volume and she know the sigh lauguage because she has to talk to her by sigh lauguage. She have to live on drud like Hisao
( I'm new to english so i am very sorry if you don't understand what i've write , thanks

My first gif file. Took me 3 day to make it.
Top

Or maybe she has some internal organ disability, kinda like Hisao has. Tough we just don't know yet.
The Piano and a change

Krull wrote:Of course she doesn't need to die to grab us by the balls,think if what she has crops up again and she becomes paralyzed from the neck down,or get's stuck in a wheelchair for the rest of her life and can't function without help...lot's of sucky things could happen without death

This post kinda caught my eye. Maybe she doesn't get paralyzed completely, but simply loses the use of her hands? (paralysis, injury, w/e) Without being able to sign to/for Shizune anymore (or maybe after experiencing a role reversal where Hisao has to translate between Misha and Shizune) the grief becomes unbearable and Misha can't stay around either of them anymore.
Could also be interesting if you start seeing her around Rin a little bit more after that - either she tries to stay in bright spirits and makes a funny foil to Rin, or she becomes heartbreakingly quiet and just sits around...