A forum for general discussion of the game: Open to all punters
Post Reply
135 posts

I'd go for 3 and 13 if I could. Tanned and glasses get me, though I'm yet to find a tanned girl with glasses.
Siiiiigh....
Top

JamiroquaiAlien wrote:I don't know her name, but I imagine the picture is demonstrating how she ended up in Yamaku to begin with.

Teclo wrote:Aura, when you say that the OC are actually references, but to things that only the devs know, do you mean they're versions of people you know in real life or do they relate to some sort of other in-joke or, er, in-knowledge that you all share? I'm particularly interested in number 4 since that was the one that I was more disappointed didn't feature in the game again (as well as the two tanned girls, but mainly 4).

A combination of both. A few of them are truly original though, as in the artist came up with the design on the spot.
<Aura> would you squeeze a warm PVC bottle between your thighs and call it "manaka-chan"
<Suriko> I would do it if it wouldn't be so hard to explain to my parents
Top

anybody else sorta attached to the bionic woman in the bottem right corner?
"t-thank you for H-Hanging out with me"
BURNAN
SHYAN
WHITE KNIGHTAN
KATAWA SHOUJO
Top

Teclo wrote:I'm particularly interested in number 4 since that was the one that I was more disappointed didn't feature in the game again (as well as the two tanned girls, but mainly 4).

Kenji is a time traveler from a future where the feminists have already taken over the world. He came back to the present to try to head off the feminist insurrection by warning people about it before it happens. But because he's from the future, his mannerisms seem a bit odd to people, and his stories of the feminist conspiracy sound like BS to everyone else.
Love is Blind. God is Love. Lilly is Blind. 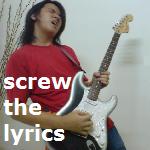 Rin is an esper. She disappears from time to time to fight in closed spaces. But she sometimes discovers sensitive information during her fights, and because she's still of a very low rank, the higher-ups memory wash her whenever it happens. That's why she appears at odd places, in odd positions (fetal position, etc) and in a daze
Top

Then... Shizune is an alien, and doesn't speak because she can't understand OR pronounce Earth's language (communicates on a different frequency), and Misha's her robot that translates for her (messages actually broadcast on super-high-frequencies) and is what the alien bosses think is normal human behavior?
Top

Based on some of the things posted in the shimmie:

I bet that picture of the guy sleeping in the corner labled "Moot" has already been cropped and is all over by now.

The girl with the white eye is apparently Natsume. A girl with the name "Suzu" just appeared on the Shimmie, too, and may or may not be the girl in front of Shizune (she doesn't look quite the same).
Top

7 looks like a loli Hanako. Without burns, obviously.
Top

Lezard suffers from megalomania and the fact he's the only "real" human in the world. I think he should get together with Haruhiko to find some Valkyries. Just a random omake, you know. He looks so weird when not in black and capes, though. Technically, Kenji and Rin would get along with Haruhiko as well, though not with each other, since he likes interesting people.

I am also in favour of Miki. I will be forced to draw a bad doujin if they don't include her at all.

(And wow, Hypo! She does! Uncanny... Feminist Clones come to take VNs away from NEETs?)
...Not that my avvy is suggesting anything about Katawa Shoujo. I hope.
Top

Hypothermia wrote:7 looks like a loli Hanako. Without burns, obviously.

Guess you can call her NoBurn-chan until you find out if she has a name.