A forum for general discussion of the game: Open to all punters
Post Reply
64 posts

Mythic wrote:I didnt intend for what I said to cause so much controversy. The reason I said Rin definitely has PDD-NOS is because despite the fact that she has a lot of Autistic traits, she is an individual and cant be fitted into this mold of "Autistic". If you want to know more about what else she might have, look up Caetextia. Because to me, she has a more right brained type of Caetexia.

I'd probably argue that, since neither of us are professionals in the field, neither of us would be in any place to say what's wrong with her.
Plus, just because she "is an individual", doesn't mean she can't be diagnosed with regular Autism 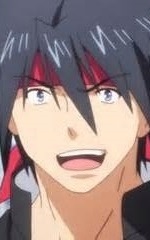 Linkarena wrote:To me, she is Rin. I'm just going to stick by my argument that Rin is Rin and that labeling her completely defeats the purpose of her character and her route.

And I agree, I wasnt even trying to label her. That would be like saying "Rin is awkward" is labeling her.


Munchenhausen wrote:I'd probably argue that, since neither of us are professionals in the field, neither of us would be in any place to say what's wrong with her.
Plus, just because she "is an individual", doesn't mean she can't be diagnosed with regular Autism

Although I dont have a degree in psychology, I have independently studied Autisim for 5 years, reading entire PDF files on it. Even if she is confirmed Autistic, she would still be unusual as she is not analytical and does not have repetitive behavior. Hence why she fits Caetexia and if not that, then PDD-NOS because its "almost autism".
Vidi, vici, veni.
Top

Mythic wrote:And I agree, I wasnt even trying to label her. That would be like saying "Rin is awkward" is labeling her.

I just think that blaming that awkwardness and the Rin-ness on anything other than Rin being Rin is labeling her.
EDIT: And I'm also probably wrong in thinking that

I can't really choose a favourite. Probably Hanako. But then who's second?! Rin? Shizune? Lilly? Emi? I can't. I just can't.
Also, little fact: I cry REALLY easily when it comes to entertainment. KS? Got me a few times. Most anime with even a slight amount of sadness? The tears will flooooow.
Top

I see it. I didnt think about it really until this thread came up, but now that I am thinking back to her route I can definitely see it. It helps that I myself am a high-functioning autistic. Things and concepts that are totally alien to her freak her out. She has an extremely difficult time expressing herself. That is a big one for me. People ask me whats wrong, whats bothering me but it is exceptionally rare that I can actually tell them in a way someone else would understand, or even get words out in the first place.
Lilly = Hanako, Emi, Rin, Shizune
I fell in love with Lilly and Hanako

You are not alone, and you are not strange. You are you, and everyone has damage. Be your Emiest.
Top
Post Reply
64 posts