A forum for general discussion of the game: Open to all punters
Post Reply
4864 posts 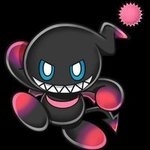 Hacksorus wrote: ↑
Tue Jan 07, 2020 10:58 pm
Man, that's quite the story. I'm happy to hear things have been going better for you. I was around 14 when I first played KS too, and it changed me in a big way. I may not be able to relate to all of what you've been through, but that's something we and plenty of other people on here have in common.

Keep up the good work! I know this sounds cheesy, but if you hold onto this feeling and keep improving yourself, things can only get better

its not cheesy at all! my life was going to go to dust and hell if i didnt play katawashoujo, thank you it really means much to know im not getting called out for being cheesy or anything. im glad i found this forum to post my story. Even if only 5 people see it!
Katawa Shoujo will never fade away. no matter when, there will still be someone introduced to KS or feel the way this game has changed their life.

I apologize for the late update, work has kept me really busy... my dad gets extremely worried because of his own health issues. The blood work showed only elevated sugar levels and at the time of this post I'm still diabetes free. After like two weeks of dulcolax and changing my diet, the pain went away... well the serious pain did anyway.

Someone transferred out of my store and went to another district, my schedule is now their old one... been opening the store for the past month now. Sleep pattern is even less regular than it was before, but at least my work schedule's consistent now... the number of hours and the times for the shifts I mean. What days I'm off and when I'm working are still juggled around unfortunately...


I'm not frightened anymore and my 30th birthday was a blast... as long as I keep up with the diet my doctor put me on, I think I should be able to make sure that pancreas scare never comes back. (honestly though, before getting the blood work done... I feared it was diverticulitis and actually wasn't afraid of that possibility when it came to surgery)
I was drawn to this for a reason, the name I picked was for a reason deeper than I can actually think of... Yamaku is not just a fantasy to me.

I had downloaded and played this game on 2012 when it first came out. I got a Kenji ending and delayed retrying for a long time. A plethora of things came inbetween, I was busy all the time, there came a time period when I didn't even have access to a computer nearly a year even. There would be times when I would listen to Katawa Shoujo music with my earphones and dream about finally being free and playing it. When I was free, I either got distracted by other things or had a girlfriend, thus was feeling it wouldn't be fair to play or read something of this nature out of a weird sense of loyalty. This visual novel became an abstract, elusive ghost of a goal, that would wipe itself off from my memory throughout the years.

First time played when I was just a university freshman, and now that I'm almost a graduate, taking an internship this summer, I just realized that it wouldn't be right if I didn't finish at least one of the routes properly before I graduated from the school. So finally in 2022, exactly 10 years later, I sat down to seriously dedicate my time to one route.

I chose Emi's route, because since going to gym and self-improvement are currently my big things, I thought it would only be natural to get connected with her (I've heard many were inspired by her for self-improvement after playing her route too, but I wasn't inspired by her in the same way beforehand to commit myself to a gym routine) I'm on the pillow fight scene on Act 2 right now, so no spoilers please.

So obviously I'm not at the end of her route yet, but still there were some stuff that made me have some concerns and I just wanted to share my experience in here while I'm still playing. At first, at the Shanghai scene where we took shelter from the rain, Yuuko came and dropped a huge bomb saying that she's come with a different boy that time. (never do that as a waitress in rl) Emi's response was that it's her Track and Field captain that she would come with on official occasions as a part of formalities. I was suspicious of her answer, but I internally didn't care to dig much since it's none of my business about what happened before me /or Hisao. Plus the way she was nervous about Yuuko dropping that bomb was a small indication of her disposition towards Hisao anyway. After that comes the day when Hisao visits her after school when she was sick with a cold. She was speaking on phone, with the captain. Well that shows she didn't lie about who it was at the very least, which is appreciable. But from my understanding, there is this whole aspect of Track and Field captain being introduced as someone who Emi probably, possibly had some kind of connection with, who is still in the picture in one way or another. His presence in her past would have been completely fine by me, as people naturally come and go at all parts of life. What I wasn't feeling okay with however, is this restless feeling that eats away at the corner of my mind, that Emi could potentially be using Hisao as a fallback policy. Or using the captain as one. The reason for why I'm feeling this way is amplified by the fact that I've lived through some relationship trauma in the past, that I got reminded of while I'm reading through this. This kind of behaviour comes across as very disingenuine to me, and I'm getting cold feet. This topic is a place that I had shared a few of my troubles over the course of 10 years in fact, so I've even shared that particular experience on this topic too, it's probably buried beneath some years. It's basically about an ex who just approached me and be friendly with me out of her own loneliness, (the way Emi wanted so bad to have a running partner in a similar way made a strong correlation with this too) and formed a romantic connection with me while she was falling out with her boyfriend at the time, and then used and casually threw me away when they made up. So in short my traumatic experience from my past is making my wounds itch while I'm reading through the whole captain deal and it's leaving a bad taste in my mouth. The existence of captain or the fact that she could have had a past with him doesn't bother me in the slightest, and his existence on her past isn't supposed to be any of my business, the bad part is the prospect of Emi using Hisao in some kind of similar way. And the sad thing is I probably wouldn't even have been bothered by this nearly as much if I had played through this earlier in my life, and not waited until that crap happened to me. And now it's undirectly affecting my enjoyment of things when it has no business doing that. Anyways, that's what I wanted to share about my current experience. I will power through the route with my decreased enjoyment, and hope that Emi's relation with the captain maybe wasn't as serious as I had feared at the very least.
Top

I just can't hold myself back from providing an update, but currently I feel extremely pissed off and unhappy with Emi route. The whys of it are as follows: (still haven't finished it up yet, I'm at the scene where we are going to her mom's house for the first time)

Look, having your secrets and not opening them up immediately are okay. But the way she basically ignored Hisao for 2 weeks, and then when he came in order to clear the things out, she lashing out on him, and then tomorrow morning even though Hisao hadn't gotten a wink of sleep while she did, and just talking about it so casually while totally ignoring the pain she caused Hisao. I just can't... Hisao being too stupid to realize what she lost was her father doesn't have anything to do with it.

If it was me in his shoes, my first response when she said "I'm not going to get close to you, or anyone", would be a series of statements told in an emotional outburst of how I've been feeling horrible because of her neglect all these days, and it isn't just her who's been feeling bad, and how much of a positive impact she had been on my (Hisao's) life by making me run together and do everything together, and how much it hurts when she says that we will never be as close as two romantically involved people are supposed to be, and that it makes it truly look like she isn't really serious about us at all, just as yuuko said.

If that wouldn't have gotten an adequate response out of her after that (which knowing her, most probably wouldn't, but I'm also not sure because Hisao's words actually did succeed in making her go to the nurse before that), after getting her totally self-centered non-chalant greeting in the morning at the running track, completely unapologetically, I would have dumped her right then and there. Like I didn't even get a wink of sleep, and she isn't even getting a single hint. Screw going to her house and screw everything. Dump her right then and there. Nobody deserves this kind of treatment that is not only completely devoid of consideration towards a partner, but also devoid of respect too. Highschoolers, I guess. Yeah I get it, this is not about me, but then it shouldn't totally be about her as much, dammit. Emi isn't the only one who had been hurting for all those weeks. What she did unapologetically to Hisao was completely tone deaf and self-centered. I can never take that. I don't care, was she fearful of losing someone after losing her dad? Well, she can go ahead and once more lose someone too, a boyfriend that she loved (hopefully) this time. And completely on her fault this time too.

Maybe I've gotten too jaded with age, maybe I'm too mature and both Emi and Hisao aren't, but I just can't take it. There isn't enough time on this earth to be this tormented by someone who's so unkind.


That's all I gotta say for now. I am still at the front door of the house of her mom, I saved right there. If it was up to me, I wouldn't even be there right now, but it's just visual novel's story railroading Hisao. I will go and finish it sometime soon. But I'm fuming. If my past relationships in life taught me anything, it's to not be this sheepish to allow anyone to easily walk over me, and I wouldn't just keep a mouth shut like a loser about it, dammit. I don't know if she'll be able to redeem herself by the end, but I'm not forgetting that transgression.
Top
Post Reply
4864 posts